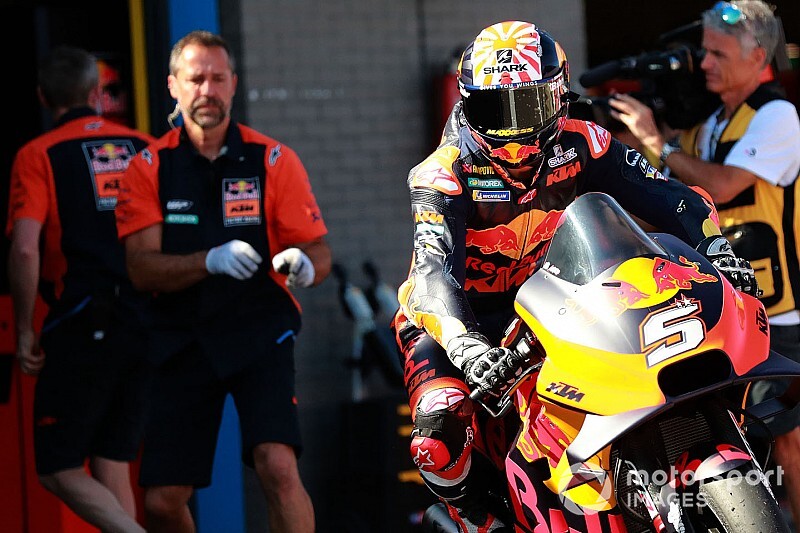 KTM motorsport boss Pit Beirer said the decision to accelerate Johann Zarco's exit from its MotoGP project was made to protect the crew from the Frenchman's negative outlook.

Zarco had requested to be released from his two-year contract with KTM a year early, but both he and the team intended for him to see out the current season in his role.

The Frenchman admitted he was "shocked" when KTM replaced him with Mika Kallio ahead of the Aragon round, but Beirer explained that this had to do with the fact KTM's recent gains had done little to improve Zarco's frame of mind.

Asked if the Frenchman's muted reaction to one of his strongest weekends of the year at Misano had been a factor in KTM's decision, Beirer said: "To be honest, yes.

"We are really proud and happy for the steps we could do in the last weeks, and then we could see actually it helped him as well.

"And that Saturday in Misano for me was outstanding, and what he did in Q2, he had no fresh tyres, he did it with used tyres, so that laptime what he did in qualifying through Q1 to Q2, there you saw that amazing part of Johann, what he can do on a motorcycle.

"But still, we had an okay race weekend and then you still get the news on Monday [that he's not happy], and that was where I also definitely lost hope that we can turn it around.

"I'm responsible for the whole project. If you see things are starting to go good, but always 50 percent of the whole project is sad, because they try hard and we are always ending at the same point, there is moment where you need to decide.

"Somehow was also, I think, a needed signal for the crew, to stay positive and continue to work."

Team manager Mike Leitner said Zarco's "big crash" during warm-up in Misano had been another factor.

"He was very lucky not to hurt himself," Leitner explained. "So you start thinking, 'is this the correct way when he had already decided to stop this project, to push him for another six races?'."

Zarco 'too emotional' to give clear feedback

Beirer made it clear that he viewed Zarco as a "special character" and "nice boy", but felt that the French rider's emotional side made his KTM stint tougher.

"He could not control his emotions. And I'm not talking about the one or another thing that he said not so nice about the bike, that was okay. But he put so much stress on himself when things are not going easy," Beirer explained.

"I think to succeed on that level in MotoGP, of course you need to be emotional and powerful in one moment, but also you need to calm down and analyse the situation. And there he was super hot, and like, when you're out of the box with him and you talk to him, everything is calm.

"But then he goes riding... and even last Saturday in Misano when things went good, he could not see the positive and he was still complaining about the same things. Emotionally, he's getting too hot to give it a clear direction." 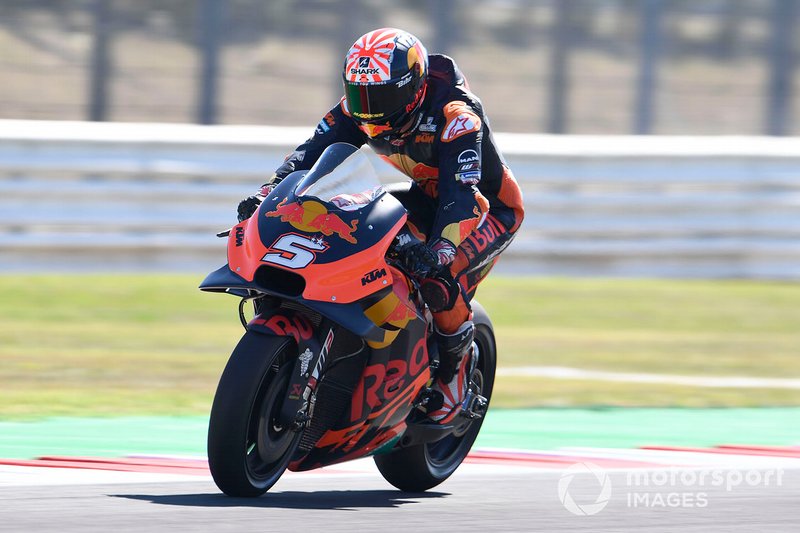 Aragon MotoGP qualifying as it happened