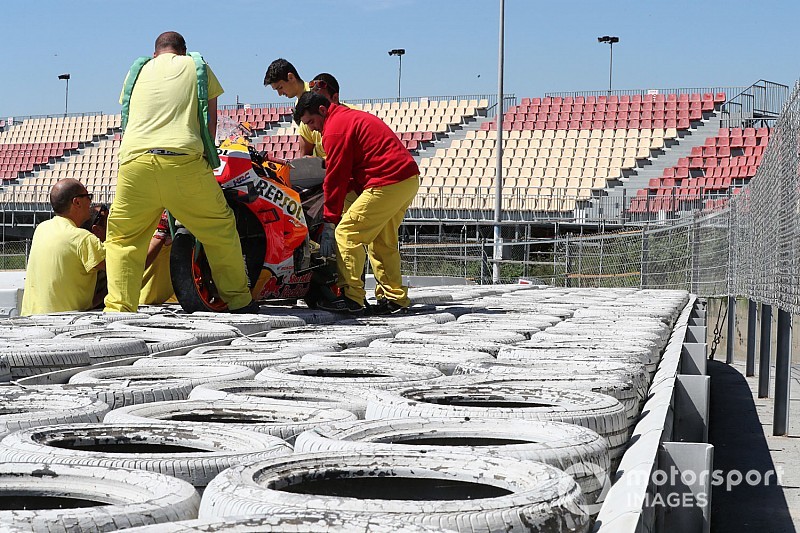 Repsol Honda rider Jorge Lorenzo revealed that he hit the air fence in his crash during MotoGP's Barcelona test, and he was "scared" that he got injured again.

Lorenzo's poor run of injuries started at Aragon last year when he fractured his second metatarsal on his right foot in a crash with Marc Marquez, followed by breaking his left wrist in Thailand, which he fractured again over the winter in training.

He had a big crash in the morning of the test on Monday at Turn 8, which caused the session to be red-flagged.

Lorenzo explained that due to the lack of runoff area he ended up hitting the air fence, with his bike landing on it.

Fearing he picked up yet another injured, Lorenzo was taken to a hospital but he was "miraculously" diagnosed with no fractures.

"Very painful, I have a lot of pain, especially in my back, but also my elbow and some toes I injured in Aragon last year.

"Yeah, very big crash. Not a highside, just I lose the front but at a very high speed, and when this happens you enter the gravel so quickly.

"The room area in some corners at this track is very small, and even the gravel didn't stop my body and I hit the air fence.

"Then I see the bike out of the track, but I was very scared because I feel some pain in the back. So I was a little bit scared at the beginning, but I make all the scans, all the X-ray and nothing is broken, miraculously."

Lorenzo returned to riding after the crash and completed the day with 65 laps in 17th position.

"I could go again on the bike, and even feeling very painful and without the possibility to push on the bike.

"It was important to at least be trying all the things on the bike we have on the schedule to give the information to improve the bike to the engineers." 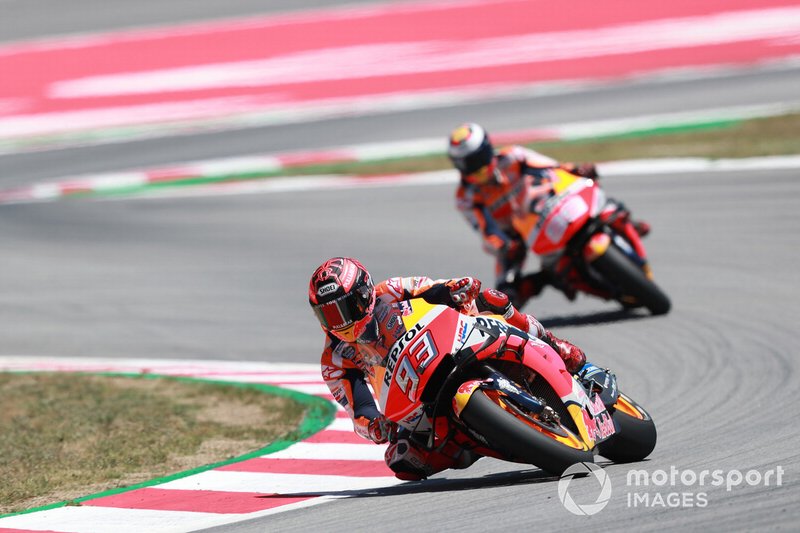 Marquez, third behind Maverick Vinales and Franco Morbidelli in the test, spent some of the test mixing the 2018 and 2019 bike, as well as trying a new chassis.

"We try a new chassis, new aerodynamics things. HRC did a mix of things to try to understand for the future to understand the direction.

"Basically one of the parts that were the 2018 fairing, the Nakagami fairing, and we didn't have here and to don't bring another new fairing we just put that one.

Crutchlow "not impressed" with Nakagami after Barcelona scrap