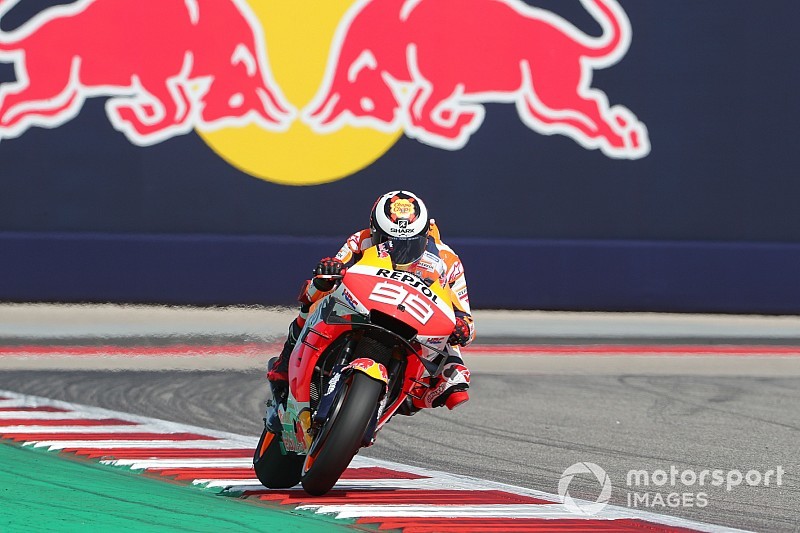 Jorge Lorenzo says the chain issues that compromised his qualifying at the Circuit of the Americas are “clearly a problem” for the Honda MotoGP squad.

After a tough Friday practice at the Austin track, Lorenzo was forced to go through the first segment of qualifying, which he topped.

Shortly setting his first flying lap in Q2, Lorenzo’s RC213V bike ground to a halt on the start/finish straight, prompting Lorenzo to park it, attempt to prop it up against the pitwall and dash back to the Honda garage to resume qualifying.

He ended up 11th-fastest, 1.596s off the pace of polesitting teammate Marc Marquez.

Lorenzo confirmed a jumped chain was the cause of the stoppage, which followed a similar incident for Marquez in fourth practice at the previous round in Argentina.

“The chain went out, so I couldn’t continue,” said Lorenzo. “I needed to put the bike [against] the wall and I needed to take the other bike.

“It happened also to Marc in Argentina, so it’s the second time. Clearly it’s a problem, it’s a thing that happened probably too much.

“The team will investigate and understand what we can do to avoid it in the future.”

Recalling his dash back to the pits, he added: “Very tough, the straight was very long, and I left the bike almost at the end of the straight. We were one of the first teams in the pitlane.

“Probably 300 or 400 metres running, with 10kg more on your body, was not easy. For sure I will beat not Usain Bolt, I was very slow! But it was the fastest I could go.”

Lorenzo’s progress was hampered by the fact his second bike had a “very different” set-up to his stricken number one machine, but he remains upbeat about his progress at Honda.

“I could probably do 2m04s, to put me in the top 10,” he said. “But at this track we are still far from the fastest. I was happy to enter directly in Q2, finally for a little margin we enter.

“Anyway, positive because we are trying many things, and these things will make us competitive in the future.” 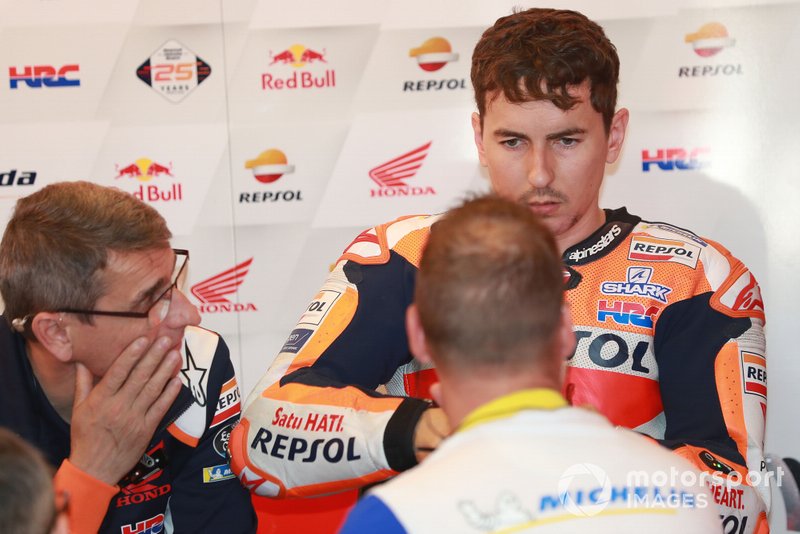 Austin MotoGP: Marquez on pole, Dovizioso out in Q1

Dovizioso fears COTA podium is out of reach