Jorge Lorenzo feels Honda teammate Marc Marquez's imperious MotoGP form is making the Japanese manufacturer reluctant to make changes to the bike that would help its other riders. 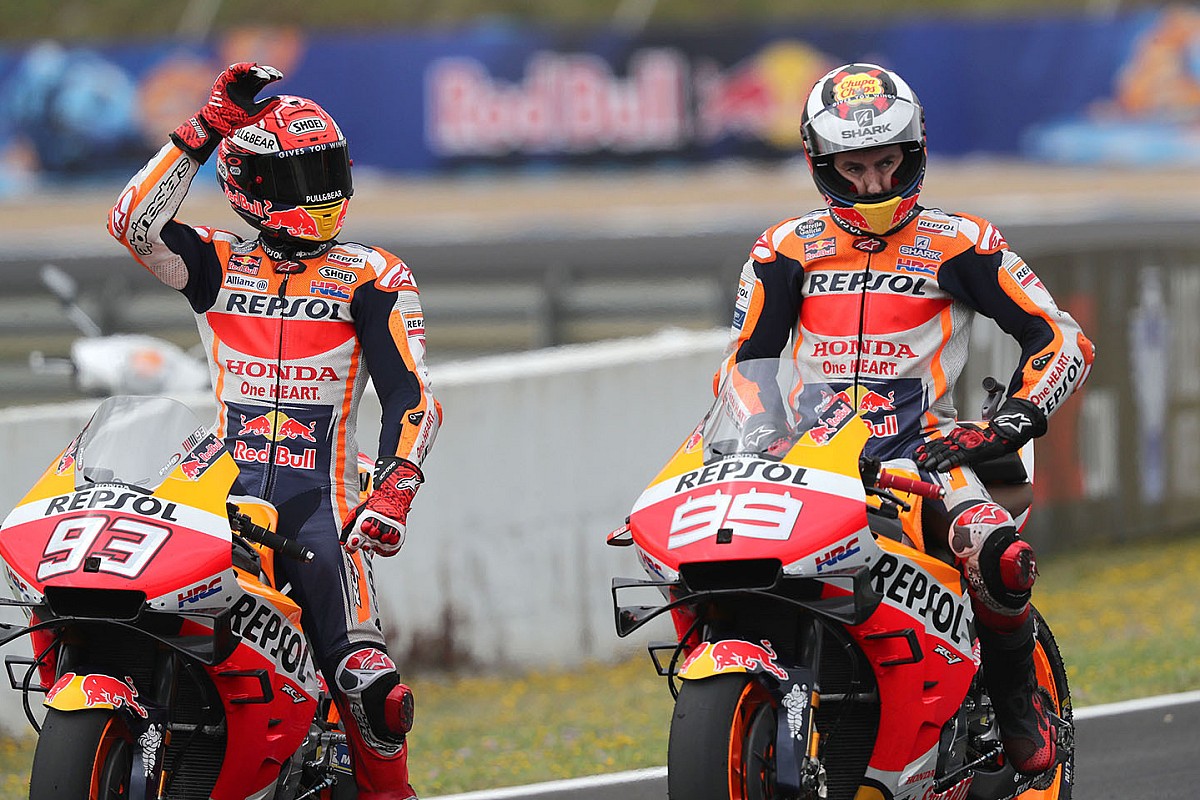 The three-time MotoGP champion replaced a struggling Dani Pedrosa at the Honda works team at the off-season, but has so far found life with the RC213V bike difficult.

On the other hand, Marquez – who has given Honda five riders' titles in the last six years – has remained the premier-class benchmark and leads the current standings.

Speaking after qualifying at Mugello, where Lorenzo placed 17th while Marquez secured pole position, Lorenzo said his teammate “rode incredibly” en route to an “unbelievable laptime” - but insisted that other Honda riders besides himself were finding it difficult.

Lorenzo suggested that, given his experience of helping transform the Ducati Desmosedici bike over the last two years, he “can be the right rider” to make Honda more user-friendly.

“Obviously I'm thinking about me, I'm not particularly interested to help the other riders - and the other riders, if you ask them, they will tell you that they follow their way,” Lorenzo said.

“But I believe, I did it with other brands, that I'm a very sensitive rider, a lot of experience, if I can improve my feeling on this bike and make it more easy, also will benefit in a consequence the speed and the comfortability of other riders.

“And even for Marc - if we can make more smooth bike in the acceleration, can make a bike that stops better in the entry of the corner, Marc can also go faster. Obviously he's winning, five from six [titles], they don't let you change so much, no? They keep winning with Marc.

“But I think the goal with Honda is to try to, in a very competitive category, at least to try to make first and second [places]. And this is the goal. Try to make the bike that is competitive with other riders.”

Lorenzo had likewise endured a difficult start under his previous employer Ducati, but changes to the bike transformed him into a frontrunner during his second season with the Italian marque – and, with a crucial new fairing already in the pipeline, he is hopeful of a similar turnaround at Honda.

Asked if he was trying to make the Honda bike more akin to his Desmosedici from last year, Lorenzo said: “No, Honda will be Honda, Ducati will be Ducati.

“The Ducati I tried the first time that I jumped on on the first day had nothing to do with the Ducati I finished [with]. I think Honda can make a similar process in the future.

“We need to be patient enough, keep working, keep motivated, keep positive. With more kilometres I believe I will be better on the bike, but the real difference will make when I have these pieces that I am demanding.

“But obviously it's a process of both - evolution of the bike and the understanding to ride better the bike. We put this together, we'll make a big step.

“For the moment, trying my best, I try to ride it at my best, but my best today at this track was this. It's true that I didn't ride it very well in qualifying, I make some mistakes, I didn't make a good lap - but in general the position that we are is the position that you see.”