Lorenzo felt "like king of the world" after Ducati breakthrough

Jorge Lorenzo says he felt “like the king of the world” after his breakthrough with the Ducati MotoGP bike during the 2018 season.

A tweak to the fuel tank, coupled with some minor Ducati updates, led to a stark turnaround in Lorenzo's fortunes as he scored back-to-back wins in Mugello and Barcelona.

He maintained frontrunning pace from there on, adding a win in Austria and three poles, before injuries derailed the final stretch of his Ducati tenure.

Lorenzo reckoned he was the man to beat in MotoGP in the mid-season run following his Mugello victory.

“Was very special because I arrive after one year and a half of struggling and not so much luck - because I think the first real victory could arrive in Misano last year [when Lorenzo crashed out of the lead] - but when it arrived as you could see in the images, we enjoy it a lot, was very special.

“Next race we repeat in Montmelo with lot of seconds of advantage, second [place] in Brno then the third [victory] in Austria fighting with Marc [Marquez].

“For two months we were the best ones. I felt like the king of the world and only the bad luck avoid us to get more victories and podiums.

“Unlucky, but these things can happen in MotoGP because it's a risky sport. I have perfect years, I have very difficult years like this one, but at least we demonstrated that I could manage the bike, I could ride it very quickly and altogether we made GP18 probably the more complete bike and we should be very proud about it.”

Lorenzo, whose 2019-20 deal with Honda was announced three days after his maiden Ducati triumph, is convinced he could've mounted a title challenge with the Italian manufacturer going forward had the partnership continued.

“You have to be sad because the real challenge, trying to win the championship like Casey [Stoner] did in 2007, is not done,” he said.

“We've got our potential to do it, probably if we could have more time together we could try, I am sure if I would keep in the team, I would be competitive from the first race and not like this year.

“But this will be not possible.” 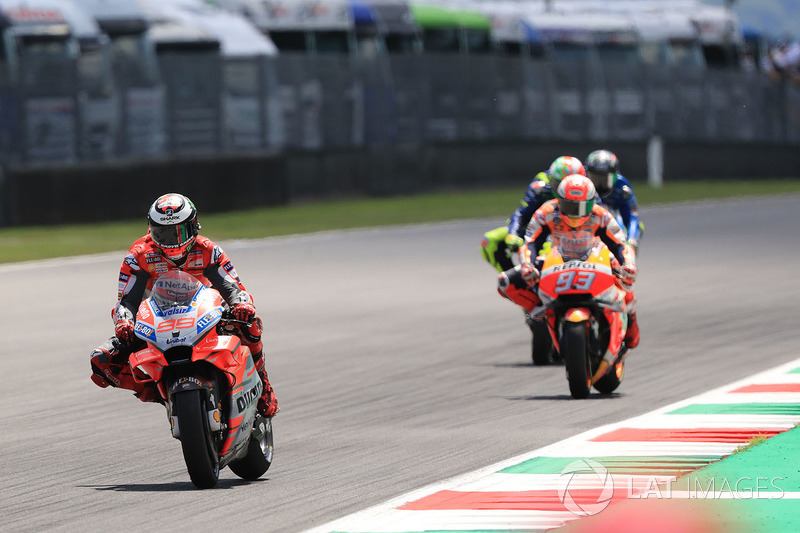