Lorenzo: "Most consistent" weekend down to Honda tweaks

Jorge Lorenzo has branded his MotoGP Catalan Grand Prix weekend as “the most consistent” of his debut Honda season, after securing 10th in qualifying on a modified RC213V. 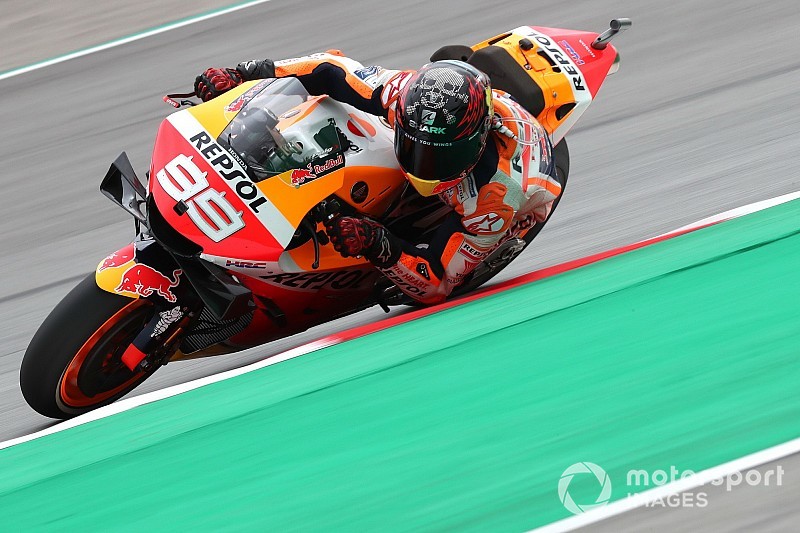 The triple premier class champion flew to Honda's Japanese factory following the Italian Grand Prix to work on ergonomic solutions to allow him to ride the bike more naturally.

Those manifested this weekend in Barcelona in the form of a new fuel tank, among other small changes, with which he secured direct passage to Q2 and qualified just 0.715 seconds from pole in 10th.

Lorenzo admits Honda didn't make a “giant step forward” in helping him adjust to the bike, but says he is feeling more comfortable on the bike, which is allowing him to ride “more aggressive”.

“It's true we've been working to make me feel comfortable [on the bike],” Lorenzo said.

“We didn't make a giant step forward, but small modifications [have] made myself more comfortable on the bike.

“Still we miss quite a bit to be very close to the fastest [riders], but I think we are probably having the most consistent weekend of the whole championship.”

The new fuel tank has been designed to allow him to ride with less physical exertion, similar to a fuel tank update Ducati introduced for him last year prior to his first win for the marque at Mugello.

When asked if it was this was the main thing which has led to his more consistent form this weekend, Lorenzo said that he believes so, while adding that improvements made to other areas have also helped him.

“I believe [the fuel tank has made a difference], but we will see,” he added.

“Ride a bit more aggressive with a bit more energy, that means a bit faster. But it's not only about fuel tank, but also some small modifications that we are improving.”