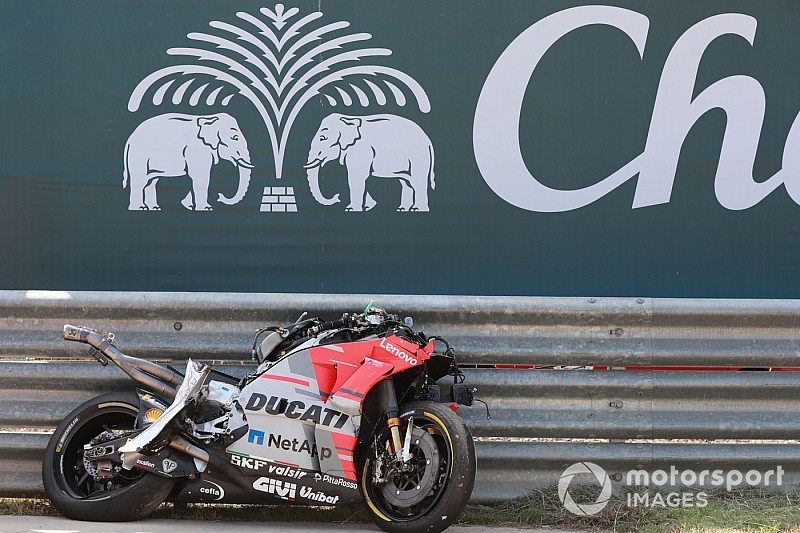 Ducati MotoGP rider Jorge Lorenzo has been taken to hospital for precautionary checks after his crash in practice in Thailand.

Lorenzo, already nursing an injury from the accident at the start of the previous race in Aragon, suffered another high-side crash midway through FP2 in Buriram.

The rear of his Desmosedici GP18 stepped out entering the sharp Turn 3 right-hander and the three-time champion was thrown into the air, while the bike violently rolled across the asphalt.

Lorenzo remained conscious after the crash but required a stretcher as he was taken to the medical centre.

He was declared fit to continue participating in track action this weekend, but then headed to hospital for a scan on his left wrist.

The Spaniard arrived in Buriram in sub-optimal physical condition after dislocating a toe and fracturing the second metatarsal on his right foot in the crash at Aragon.

While he was passed fit to ride ahead of Friday practice, Lorenzo left the door open to sitting out the 26-lap race.

He was 17th in first practice, 1.3 seconds off the pace, and managed one place better in the second session despite his crash, ending the day within a second of pace-setting factory Ducati teammate Andrea Dovizioso. 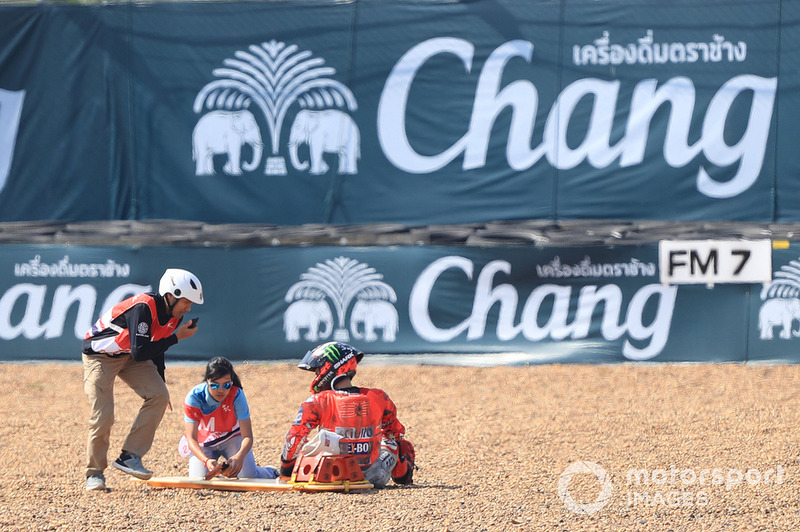