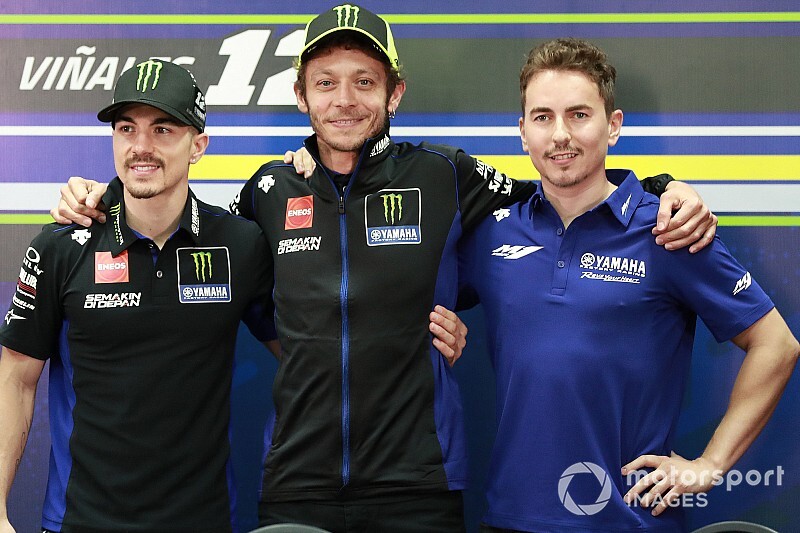 Lorenzo split with Honda midway through a two-year deal, announcing his retirement from MotoGP at the end of the 2019 season, as he struggled with injuries and lost the motivation to get to grips with Honda's recalcitrant RC213V bike.

He subsequently returned to the Yamaha fold for 2020 as a test rider, and could yet make wildcard outings on the M1.

When Lorenzo and team manager Lin Jarvis were asked at Yamaha's launch whether they'd received angry phonecalls from Honda team boss Alberto Puig because of the announcement, the latter said he hadn't, adding: "I don't really know why I should. Our discussion was only with Jorge. As management of the MotoGP teams, we don't tend to talk a lot [with each other]."

Lorenzo, for his part, said: "Well in my case I have to say, as I said in other interviews, Alberto was always very smart and always very loyal and I always got full support in the year I spent in Honda.

"And also for that reason - and I'm also very grateful - that they [Honda] didn't put any clause to avoid me to ride another bike this year.

"Because they could've done and they didn't. So for that reason I can work in that role.

"So, yeah, I didn't receive obviously any call from Alberto, but I've always been very grateful for his support during the 2019 season and to not apply this clause after breaking my contract with Honda for 2020."

Asked about Lorenzo's Honda exit and subsequent link-up with Yamaha during the Sepang test Puig said: "I mean I think we have to look at it from a simple point of view of what happened. We didn’t break the contract, we had a two-year contract.

"I mean, it was not our intention, he had a two-year contract. But if someone tells you [this], what can you do?

"And Honda is a company that would never push a rider to race a bike when he don’t want to. So this is how we proceeded in Valencia and that was at that time it was his intention to stop. That’s why he retired, he made an official retirement.

"Then, for whatever reason, he decided to continue and what we have to say from a Honda point of view [is] that every person is free to do what he wants with his life and we respect [that]. If after some months he decides to change and he has this opportunity, we are happy for him."