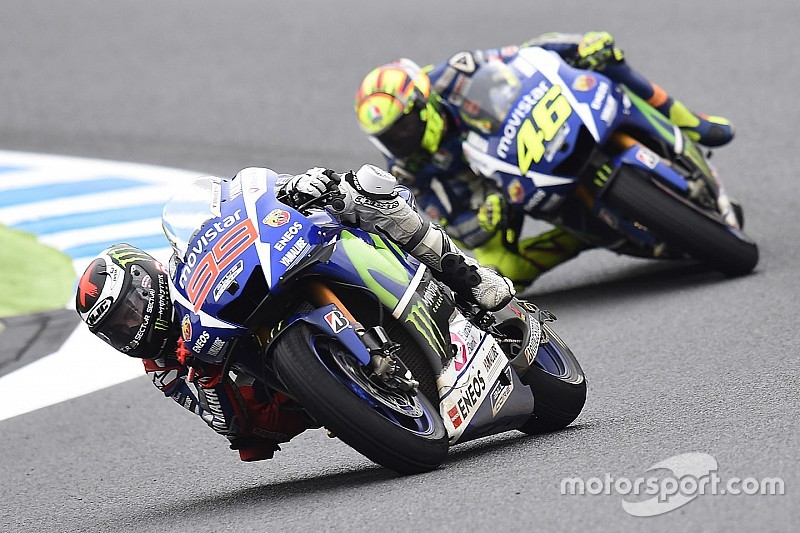 Jorge Lorenzo says the pace he demonstrated in wet conditions at Motegi reassures him he can still win the MotoGP title, despite losing ground to Valentino Rossi.

Long-time race leader Lorenzo conceded four points to Yamaha teammate Rossi in Sunday’s Japanese Grand Prix, fading to third behind the Italian and a victorious Dani Pedrosa as he struggled with tyre wear on a drying track.

It means Lorenzo now has 18 points to make up to Rossi in just three races, but the Spaniard says his early pace at Motegi – following two difficult rain-affected rounds at Silverstone and Misano – nonetheless has given him a confidence boost ahead of the title run-in.

“I am at my best moment ever in dry conditions, now also in the wet,” said Lorenzo.

“That means I am able to fight for wins in the next three Grands Prix, and this gives me the belief I can still win the championship.”

"I didn't have luck on my side"

While Lorenzo admitted that, with the benefit of hindsight, he pushed too hard to build a gap in the opening laps, he was philosophical about the latest setback in his quest for a third MotoGP crown.

“Obviously if I knew the track was going to dry, I wouldn’t have pushed so much at the beginning,” he said.

“But everyone believed the track would have stayed wet all the way through, and I did what I thought I needed to do.

“In general I have been the fastest [rider] this year, but like in some other races this year I didn’t have the luck of circumstances, which is why I have been losing points.

“But in a difficult situation, it was important to just lose four points [to Rossi].”