Lowes has "no desire" for 2019 MotoGP return 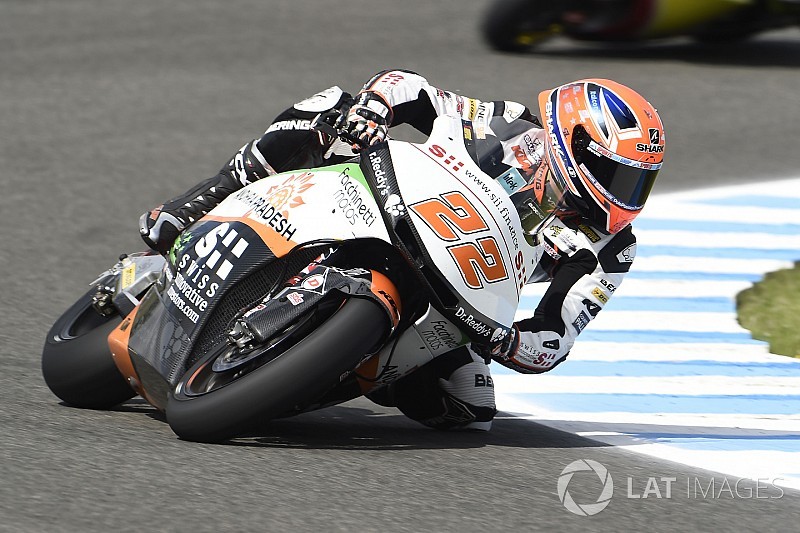 Former Aprilia MotoGP rider Sam Lowes says he has “no desire” to return to the premier class next year, as he doesn't want to endure another season like his tough debut in 2017.

Lowes graduated to MotoGP with the factory Aprilia team in 2017, but had his two-year contract terminated midway through his maiden season after scoring points just once in the first 10 races.

Returning to Moto2 this season with the CGBM Evolution KTM squad, Lowes currently sits 14th in the standings having crashed from two of the four races run so far.

Lowes admits his poor results so far means he isn't ready to return to MotoGP in 2019, and he has "no interest" in having a repeat of his tough 2017 season.

“No, I don't want to go back to MotoGP now, not for next year obviously,” the Briton said.

“One, because the results haven't been good enough this year, and two because I've been there in a situation that's not been great and if I was to go now, that'd be the only chance again.

“I've just got no interest in doing that. For the future, you never know what's going to happen, but for me I just wanna focus on [Moto2]."

Lowes said his current priority is to start winning races in Moto2, and continue there next year as well, which potentially could lead to better opportunities in MotoGP.

“I just want to get some results again, which will be perfect to be ready to try and have another full go at it next year," he added.

“Of course, everyone wants to go to MotoGP, but if I had the choice to go back in the situation as before I wouldn't do it, not for any amount of money. And to get a better choice than that, I need to win every race here.

"So we'll just need to wait and see, but for now my priority is to stay here, improve over this year.

Lowes says the biggest transition from MotoGP to Moto2 has been engaging in multi-rider battles again, as he says he “didn't have a race” with anyone while on the Aprilia.

“You're just on the bike, one or two riders. In Moto2 that's the biggest thing, you battle riders again, you feel like you're a bit out of sync battling riders again. So we missed a little bit of that in the first four races.”