Luthi closing on MotoGP move with Marc VDS in 2018 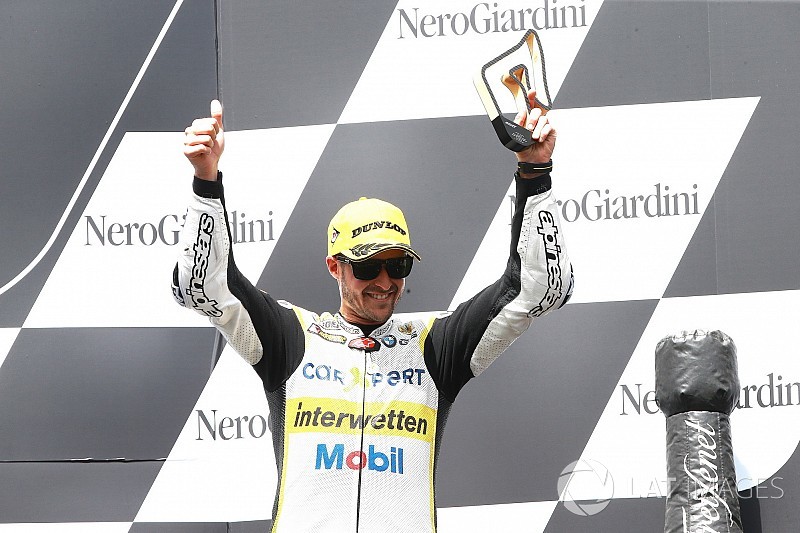 Moto2 veteran Thomas Luthi is close to making a long-awaited step up to MotoGP in the 2018 season with the Marc VDS Honda team.

The 30-year-old Swiss rider is set to be given the nod to join fellow Moto2 rider Franco Morbidelli at the Belgian squad, beating other contenders such as Sam Lowes and Stefan Bradl to the seat.

A 10-time winner in the intermediate class, Luthi finished runner-up behind Johann Zarco last year, and also sits seconds in this year's standings, 26 points behind Morbidelli.

Another Moto2 rider, Xavier Simeon, has been strongly linked with filling Avintia's second seat, although KTM test rider Mika Kallio and former Aspar man Yonny Hernandez were also known to be in negotiations with the Spanish outfit.

Folger: It's between me and Zarco to replace Rossi

Analysis: Why KTM is the next top MotoGP brand