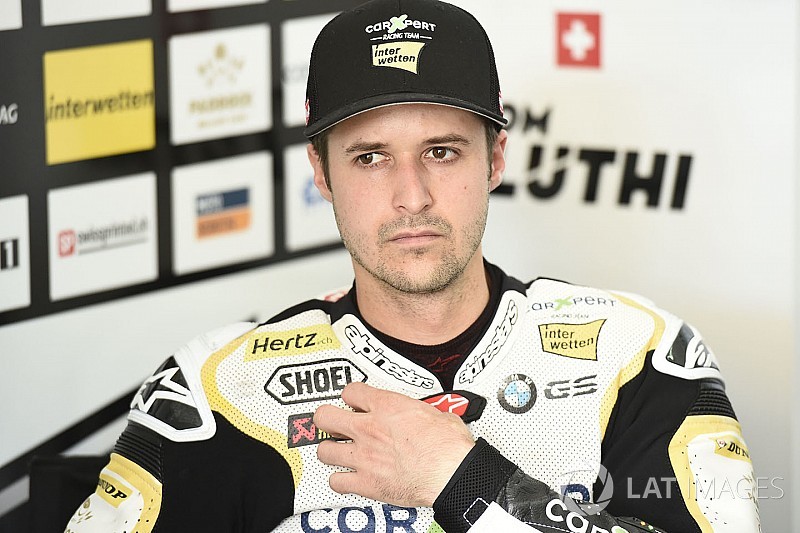 Swiss rider Tom Luthi has been ruled out of what would have been his first test with the Marc VDS MotoGP team, ahead of his switch to the premier class in 2018.

Luthi surrendered this year's Moto2 title to his future MotoGP teammate Franco Morbidelli when he suffered an ankle fracture in a qualifying crash in the penultimate round of the season at Sepang.

He is now set to undergo surgery, and the two-week gap between the Malaysia race and the season finale in Valencia will not be sufficient for Luthi to recover in time to compete at the Spanish venue.

This means that the 31-year-old will skip the final race of his 11th and last intermediate-class campaign, which he will finish as runner-up irrespective of the outcome of the Valencia race.

It also means that Luthi will not get to make his debut on the Marc VDS Honda RC213V MotoGP bike in the two-day post-weekend test at the same track.

“Unfortunately I cannot ride my last race in the Moto2 class on my Kalex in Valencia,” Luthi wrote on social media on Tuesday.

“I have to fix my ankle with a surgery this week. I hope to start the rehabilitation program very soon to be back on both my legs very fast.”

While he will now likely have to wait until next year to sample the Marc VDS bike, Luthi does already have previous MotoGP test experience as he had trialled the KTM machine last year.