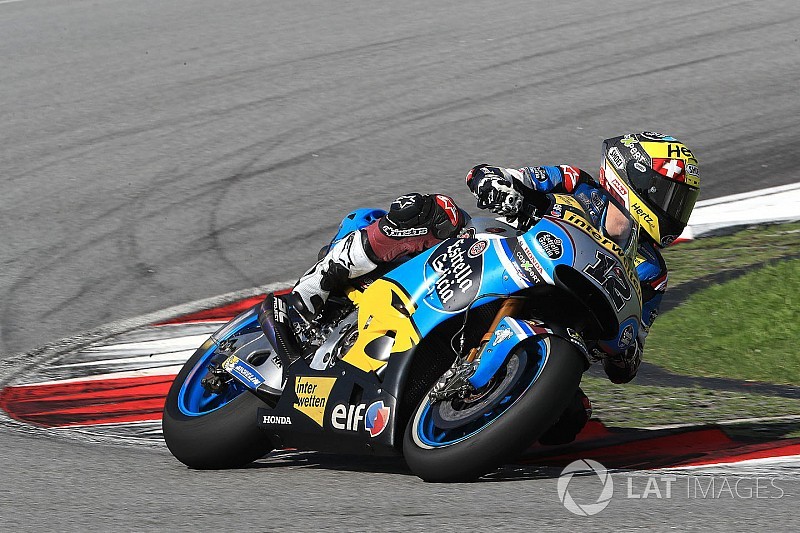 Tom Luthi admits that it is taking longer to change his riding style for MotoGP than his other fellow rookies due to his lengthy Moto2 career.

Luthi was a regular in the Moto2 class since its inception in 2010, and he also spent further three years in its predecessor 250cc category between 2007 and 2009.

The 31-year-old had his first three days on the Marc VDS Honda he will race this year in the opening test of the year at Sepang, having sat out the 2017 post-season due to a fractured ankle he sustained at the very same circuit in October.

While Luthi's recovery is still not complete, he said his injury did not affect his performance on the bike during the test, which he ended 25th overall.

The Swiss rider admitted that he still has a "Moto2 style inside of me", and that it takes "longer for me to adapt to MotoGP".

"It is a different world, the Moto2 is a brilliant school but I was many years in the Moto2 and for sure I have this Moto2 style inside of me," said Luthi.

"I need to change it and maybe it takes a little bit longer for me to change that style, to adapt to the MotoGP, but I really work a lot.

"I really work on lap by lap or even corner by corner to change this style into the MotoGP bike which is very important."

Luthi pointed out the Michelin front tyre as a tough part of his acclimatisation to MotoGP after many years on Dunlop rubber.

He added: "It is difficult to get the feeling especially with the front, very difficult because it is so different to the Moto2 front tyres.

"Step by step I am coming closer that is where I was working on nearly all day [Monday] today to get really a feeling from the front but I still need more laps.

"I think I need to push even more on the entry, more late-braking because if I would brake like this in Moto2, it is a completely different story."