Luthi wanted to wait for "proper bike" for MotoGP step 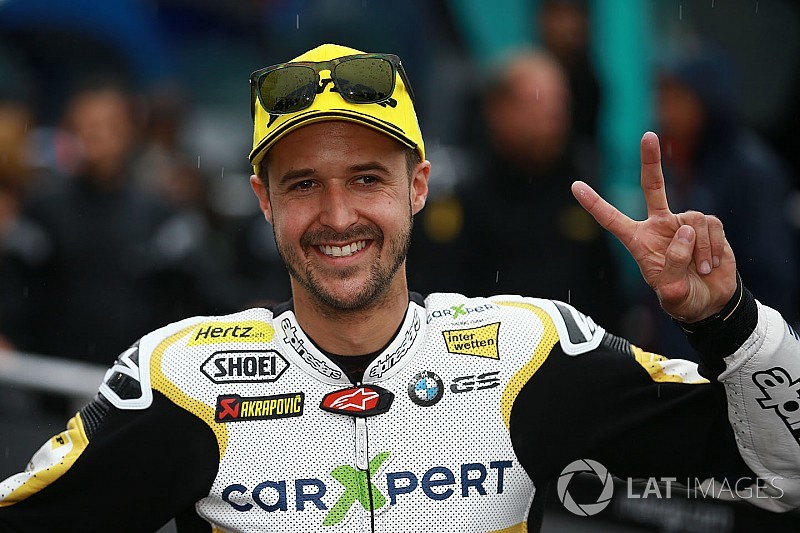 MotoGP-bound Tom Luthi admits he has had options to move up to the premier class before, but he wanted to wait for the right opportunity on a "proper bike".

Luthi, 31, made his grand prix motorcycling debut all the way back in 2002, and has raced at 250cc/Moto2 level since 2007 - with 2017 marking his 11th consecutive intermediate class campaign.

Since Moto2 replaced 250cc in 2010, Luthi has never finished lower than sixth in the points, making him a potential target for MotoGP teams, and finished runner-up to Johann Zarco last year.

While Luthi admitted he had offers to step up to MotoGP, they were on uncompetitive machines, and deal he signed with Marc VDS Honda finally gives him a chance to race on a "proper bike".

"Over the years I had some chances to go into the MotoGP class, [but] always on a bike that doesn’t make sense for me," Luthi told Motorsport.com.

"The chances I had before, I preferred to stay in the Moto2 class with a team that I know is competitive, and with which I can win races.

"I still feel young enough and competitive enough to get a chance on a proper bike, like I am now with the Marc VDS team.

"Sure it’s like a dream coming true, a big goal that I finally reached, and a great pleasure to get it. But it was about how we did the work, how we did the last two seasons, let’s say."

Luthi spent his entire grand prix career racing for the Paddock GP squad until it was acquired by Technomag in 2015, with the Swiss rider currently racing under the 'CarXpert Interwetten' banner.

He admitted there was a chance to enter MotoGP with Paddock GP (which contested a sole premier class season in 2010 with Hiroshi Aoyama) in 2012, when the CRT rule was introduced.

"There was some talk, in the end, there was never an offer on the table like I had now," Luthi said.

He admitted that working with a new crew chief, Gilles Bigot, from the start of last year has played a key part in him finally being able to fight for titles.

"Many parts together [have made the difference]. For sure the work with the new crew chief, Gilles Bigot was one point," Luthi said.

"The crew chief before was a German guy [Alfred Willeke] was good, I learned a lot from him, but then it was like always the same. I needed new ideas, a new view of the work."