Malaysia to kick off overseas tripleheader for Ducati Team

MotoGP teams and riders now head overseas for a stretch of three races in three weekends, starting with round fourteen on the calendar, the Malaysian Grand Prix.

Having enjoyed a weekend off following the Aragón Grand Prix, the MotoGP teams and riders now head overseas for a stretch of three races in three weekends, starting with round fourteen on the calendar, the Malaysian Grand Prix. 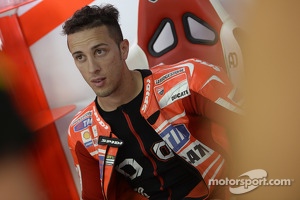 The event takes place at Sepang International Circuit, a popular track that boasts a diverse set of characteristics that make it a perfect test for a MotoGP bike’s versatility; in fact, the teams were here on two occasions last February, for official IRTA tests.

The Ducati Team has tasted victory at Sepang three times in the past, at the hands of Loris Capirossi and Casey Stoner. Andrea Dovizioso has a pair of premier-class podiums in Malaysia, and Sepang is one of the few tracks this season where he’ll have had experience on the Ducati Desmosedici GP13 prior to the first free-practice session.

His American teammate, Nicky Hayden, has no fewer than six fourth-place finishes at Sepang, including one in last year’s wet race.

Andrea Dovizioso – Ducati Team: “Sepang is one of my favourite tracks, but the tests in February weren’t so good. It looks like our bike didn’t work very well on that track, especially because the grip is very low, but maybe the conditions now are different and we can show some improvement. Anyway we’re going there always to push 100% and try to have fun with the bike.”

Nicky Hayden – Ducati Team: “It was nice to get home for a week and attend my little sister’s wedding, but I’m very excited to get to Malaysia and move on from Aragon. This race will kick off three important weeks for me, and I really want to dig in and try to do whatever we can to get a good result somewhere along the way. We know it’ll be very difficult, starting in Malaysia, but it’s a good track that has everything—fast corners, slow corners, long straights. We’ll go there with the intention of doing better than we did in Aragon. I’m looking forward to getting back on track.”

Vittoriano Guareschi – Team Manager: “Sepang is the first leg of a very busy tripleheader. It will be important to do a good job with setup starting from the first practice session, because the weather could be unpredictable during the time that we’re there for the race. Last year’s race was affected by a storm, so anything can happen. Anyway, we’ll continue to work hard because we believe it’s still possible to do some good results before the end of the season.”

The temperature rises as Yamaha heads overseas to Malaysia