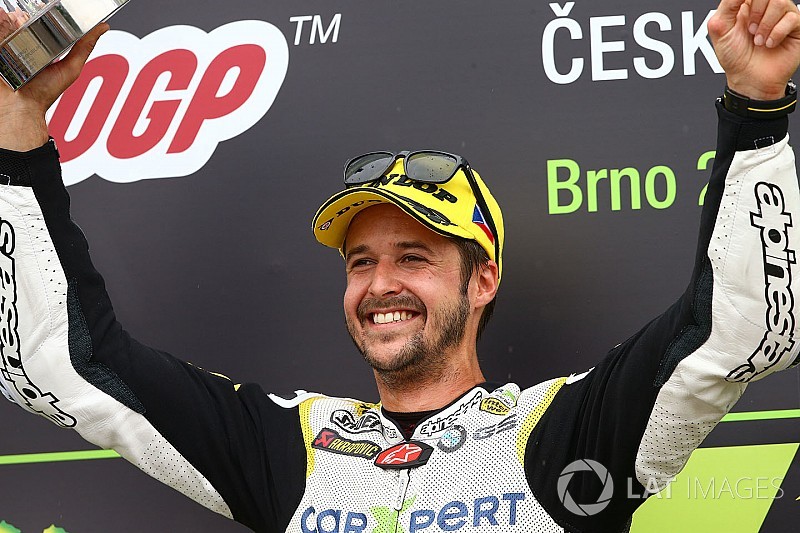 Thomas Luthi will join Marc VDS Honda for the 2018 MotoGP season, it has been announced, completing an all-rookie line-up for the Belgian squad.

Luthi will end an 11-year tenure in the 250cc/Moto2 class, during which he has so far collected 10 victories and the 2016 runner-up spot.

He is currently in second place in this year's Moto2 standings as well, 26 points behind his future teammate Franco Morbidelli.

Luthi completes a brand new line-up for Marc VDS, whose current riders Jack Miller and Tito Rabat are both set to ride Ducatis in 2018 for the Pramac and Avintia squads respectively.

The 30-year-old Swiss was chosen over Aprilia outcast Sam Lowes and Honda World Superbike rider Stefan Bradl, while Scott Redding was also linked with a Marc VDS return before signing for Aprilia.

"There were a number of options open to us when we were looking for a MotoGP rider for the 2018 season, but Luthi was the unanimous choice, despite him being a MotoGP rookie," said team owner Marc van der Straten.

"A former 125cc World Champion, his consistency over seven seasons in Moto2 has been incredible, with a sixth place in 2013 the only time he's finished outside the top five in the championship.

"He's been a constant thorn in our side in the intermediate class and this year is no different, with his consistency again making him a serious threat to our title aspirations.

"Tom is a good fit for our team and I am both happy and proud to welcome him to the Marc VDS racing family."

Luthi is the third confirmed rookie on the 2018 MotoGP grid, joining Morbidelli and LCR's Takaaki Nakagami, who will also both be riding Hondas.

Avintia Ducati is now the only team yet to reveal its 2018 riders, with a question mark remaining over who will partner Rabat at the Spanish outfit.

Analysis: Why KTM is the next top MotoGP brand