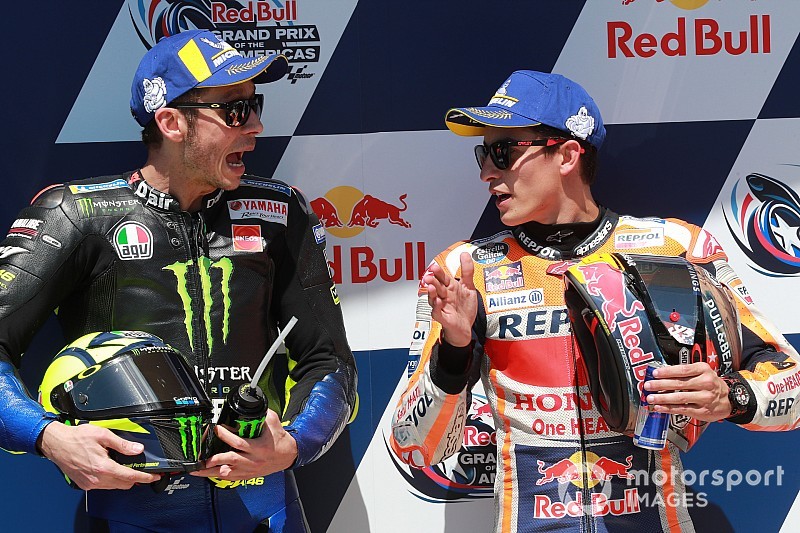 Reigning MotoGP champion Marc Marquez admits that the pair of wild moments on Saturday in Austin, where his Honda shook violently at high speed, put pressure on his long-standing shoulder injury.

Marquez, who underwent surgery on his left shoulder in December, suffered two massive moments on Saturday during flying laps at COTA. His Honda wobbled savagely after cresting the bumps on the back straight – where bikes are topping out at over 200mph.

When asked if he felt some pain during these wild moments, pole-winner Marquez replied: “Yes, I would be lying if I said no. I’m very happy I arrived in a good level with my shoulder because on this track I feel [it]. Especially in the shakings. In the change of direction, not so bad, the power is there, but with the shakings I feel it a little bit.

“In Argentina I was able to forget about it completely, but here I come back using the ice and the physio. Luckily for me there was no riding in FP3, and FP4 was easy. My physical condition will be fit for tomorrow [Sunday].”

Despite his pace advantage at COTA, Marquez insists that his Honda’s bump absorption isn’t as strong as some of his rivals. His first moment came when passing the Ducati of Tito Rabat – his Honda’s rear wheel spinning up as the bike shook, forcing him to back off the throttle.

“Valentino [Rossi] says it’s one of the strongest points of the Yamaha, but the bumps are one of our weak points,” said Marquez. “We are trying to analyse why.

"Of course, the setup we have on the bike, and especially the electronics, is to ride without wind and today was really windy there. It was shaking, and there was even some water there, but it was shaking a lot. I believe in the race it will be less windy.

“[In qualifying] even on the fastest lap I couldn’t be full [throttle], I was just closing a little to be safe. With the second tyre I tried to be full, but it was shaking too much. If it’s too windy we will change the set-up but if not we will stay with this one.”

Zarco: “KTM can’t give me the solution right now”