Marquez "proud" Alex is on Honda's list to replace Lorenzo

Marc Marquez says Honda considering his brother Alex for a 2020 MotoGP ride is a point of pride, and believes the Moto2 champion is "ready for anything". 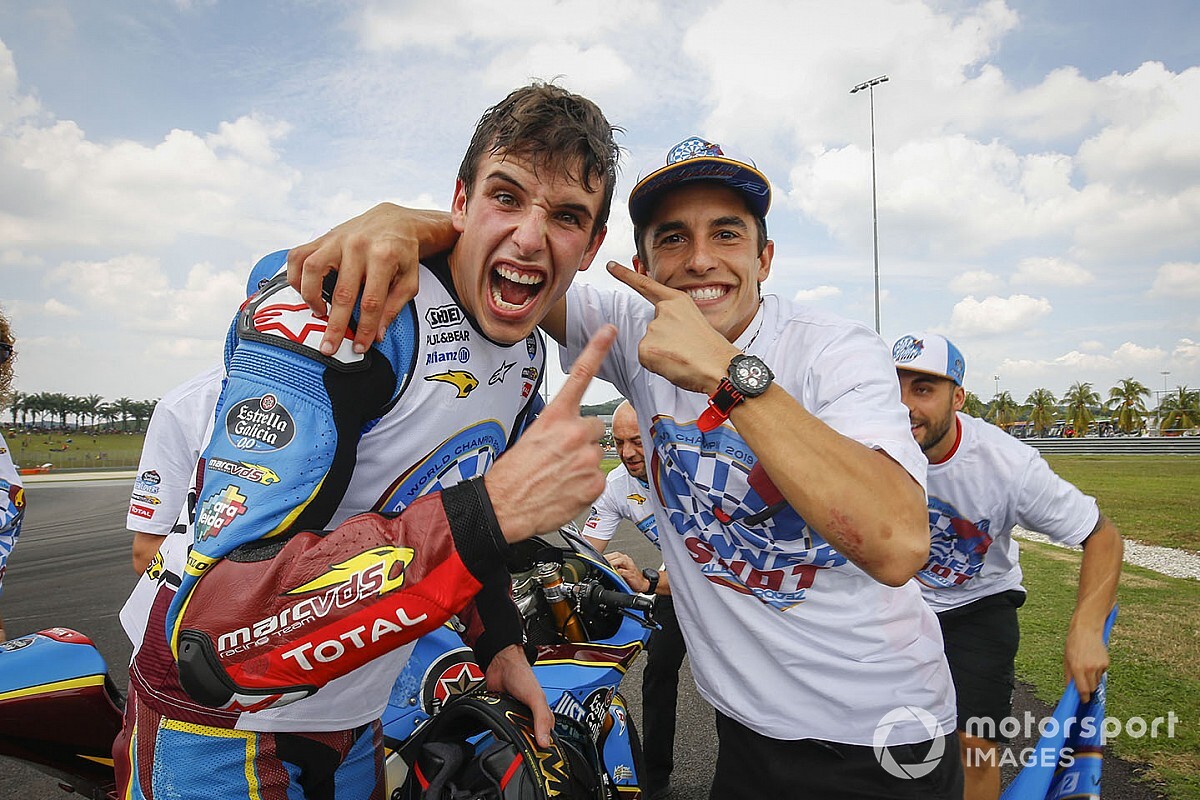 Jorge Lorenzo's decision to retire at the end of the current campaign leaves Honda with a seat to fill in its factory team at short notice for 2020, with the roster of candidates limited by MotoGP's two-year contract cycle.

Johann Zarco, who has been impressing as Takaaki Nakagami's stand-in on the LCR-run satellite Honda, is viewed as the obvious choice, but the works team's boss Alberto Puig acknowledged that Alex Marquez would also "of course" be considered.

"Zarco and Alex are on the list, but there are others," Puig said, insisting Honda still had no clear vision of how it would proceed.

Marc Marquez reckoned it was a no-brainer that his brother would be under consideration for the ride given his run to the Moto2 title this year.

"The news has taken everyone by surprise, including Honda - now we have to see what strategy they want, whether they want a rider with more experience or to give the opportunity to some promising young rider, And it's logical that among the latter is the Moto2 world champion. It's no secret.

"After he won the Moto2 world title, I personally think he's ready for anything. So it's a personal decision for him and a decision for Honda."

While he has been a staunch supporter of his brother, the elder Marquez insists he doesn't want to influence Honda's decision in any way.

"I have never denied that my dream was to compete with or against my brother in MotoGP, and he is working in the best possible way in Moto2 to achieve that, going through the medium category, being champion and earning his place in MotoGP," Marquez said.

"It's obvious that I'm not going to force the situation on either side but I'm very proud that my brother is on the list of candidates, because if HRC is interested in you, you need to take advantage of it 100 percent."

A potential complication for the younger Marquez is that he currently has a deal to continue with Marc VDS in Moto2 in 2020.

Puig acknowledged on Thursday that it would be "difficult" to decide on a Lorenzo replacement in time for the two-day post-season test in Valencia next week.

"It will not be chaos if we have [just] one rider there - but in any case probably Stefan [Bradl, test rider] will join us in the test," he said.