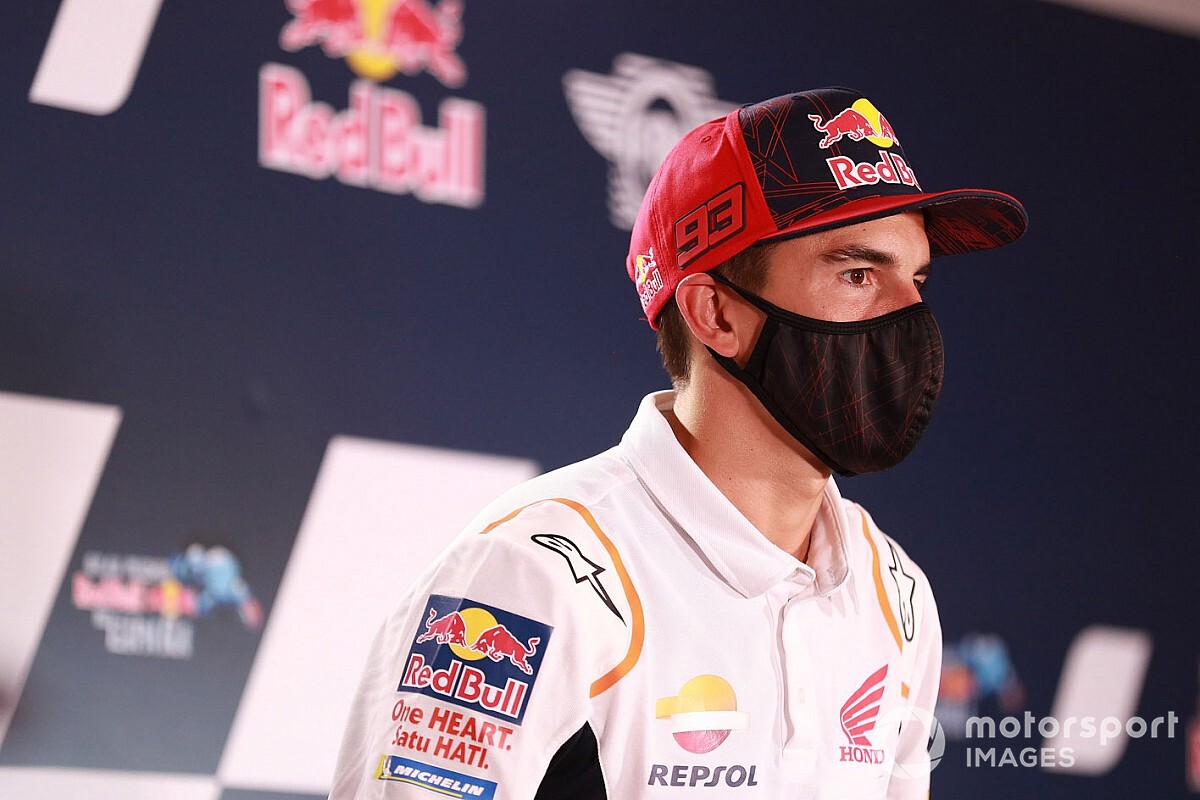 Marc Marquez will be taken to hospital in Barcelona for surgery on a broken right arm following his heavy crash during the MotoGP Spanish Grand Prix.

The reigning world champion had a dramatic race, suffering a big front end slide at Turn 4 on lap five while leading the race ahead of Yamaha’s Maverick Vinales.

The Honda rider somehow save the moment and rejoined in 16th, proceeding to get back into the top 10 by the end of lap nine.

Marquez’s charge continued through to the closing stages, and by lap 22 he was threatening to pass Vinales for second.

But Marquez was flicked from his Honda through the Turn 3 left-hander, landing heavily and needing to be fitted with a neck brace and put into the back of an ambulance.

MotoGP doctor Angel Charte confirmed Marquez suffered a fracture on his right arm and will be airlifted to hospital in Barcelona on for surgery on Tuesday.

"It was a high-energy fall, with chest trauma to the right side,” Charte said. "Right arm with pneumatic impact, third half of the humorous, although not fully displaced, with an immobilised lesion. He will be transferred to Barcelona for definitive treatment.”

It is unclear yet if he will race in next weekend’s Grand Prix of Andalusia, which will also take place at Jerez.

Should Marquez be forced on to the sidelines, it will mark the first time in his MotoGP career that he has sat out a race through injury and the first time since the last two races of the 2011 Moto2 campaign, when he suffered a career-threatening eye injury.