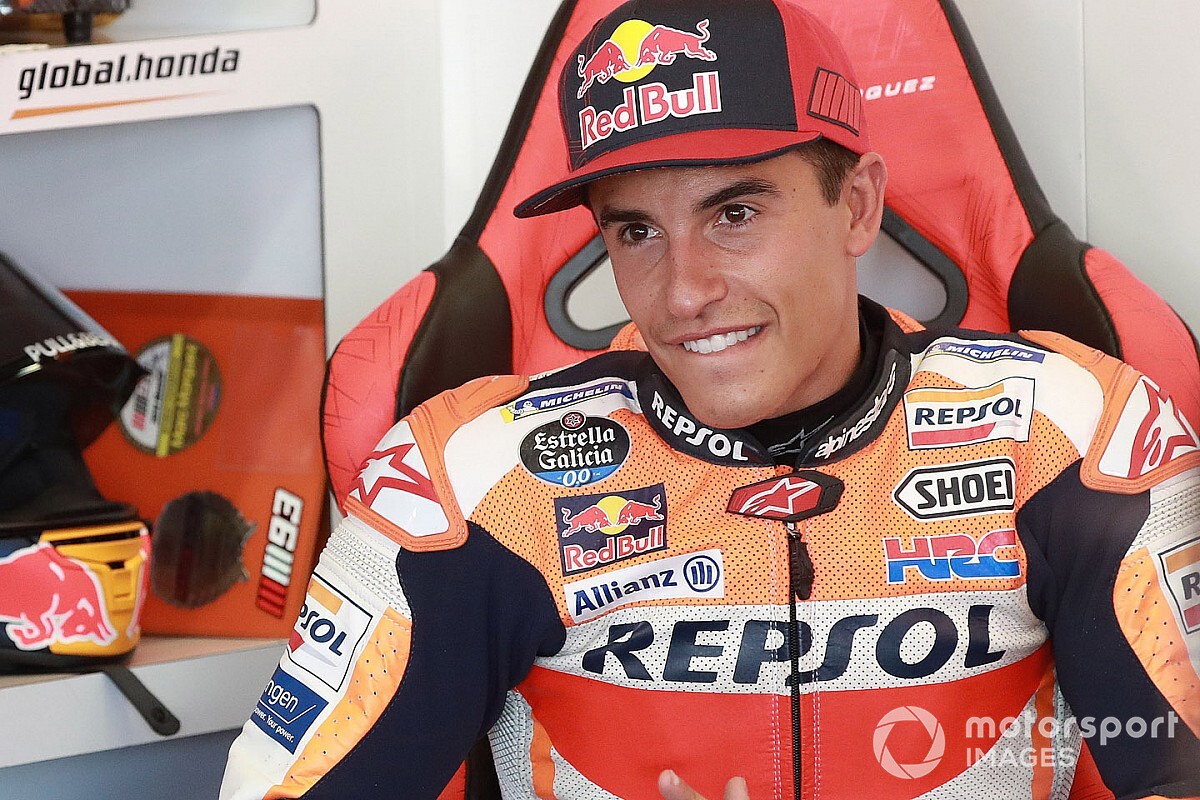 Reigning MotoGP world champion Marc Marquez says back-to-back races at Jerez will be "important" for Honda to evaluate its 2020 bike after a tough pre-season.

Honda only made a breakthrough with its RC213V on the final day of the Qatar test at the end of February, after it found its 2020 aerodynamic package was the cause of its turning woes.

Having had just two 90-minute sessions on the bike in four months on Wednesday's Jerez test day, Marquez hasn't had much time to properly set up the 2020 RC213V.

With the coronavirus-delayed 2020 calendar kicking of this weekend with the first of two Jerez races, Marquez running at the same circuit may allow Honda to introduce new parts in the second event having been able to work intently on set-up in the first.

"But anyway, we cannot forget that everybody will work and what I expect is that from Jerez 1 to Jerez 2, in the second race, everything will be more close.

"So, apart from that, it will be important because we missed some pre-season and we will have time to test the bike, to test the new items."

After ending Wednesday's test day third overall, Marquez talked more about the changes made to the bike since Qatar, but notes the Honda still has some unidentified balance issues.

"As you see, something that we changed in the last hour in Qatar was the aerodynamic package," he said.

"There were some positive points, but there was a big negative point going on, and now the 2019 aerodynamic package is the one that we are using with some evolution, some small evolution.

"But, this was a one of the things that we thought can fix the problems and was like this, but still we have more problems that are coming - I think - from the bike balance.

"We are not sure at the moment if it's coming from the bike balance or maybe from the engine, but we are working on that area, and especially is good to start in a good way because the season will be short.

"And we don't have many races, so where you need to be ready from the beginning, you cannot lose time to set up the bike and try other things."