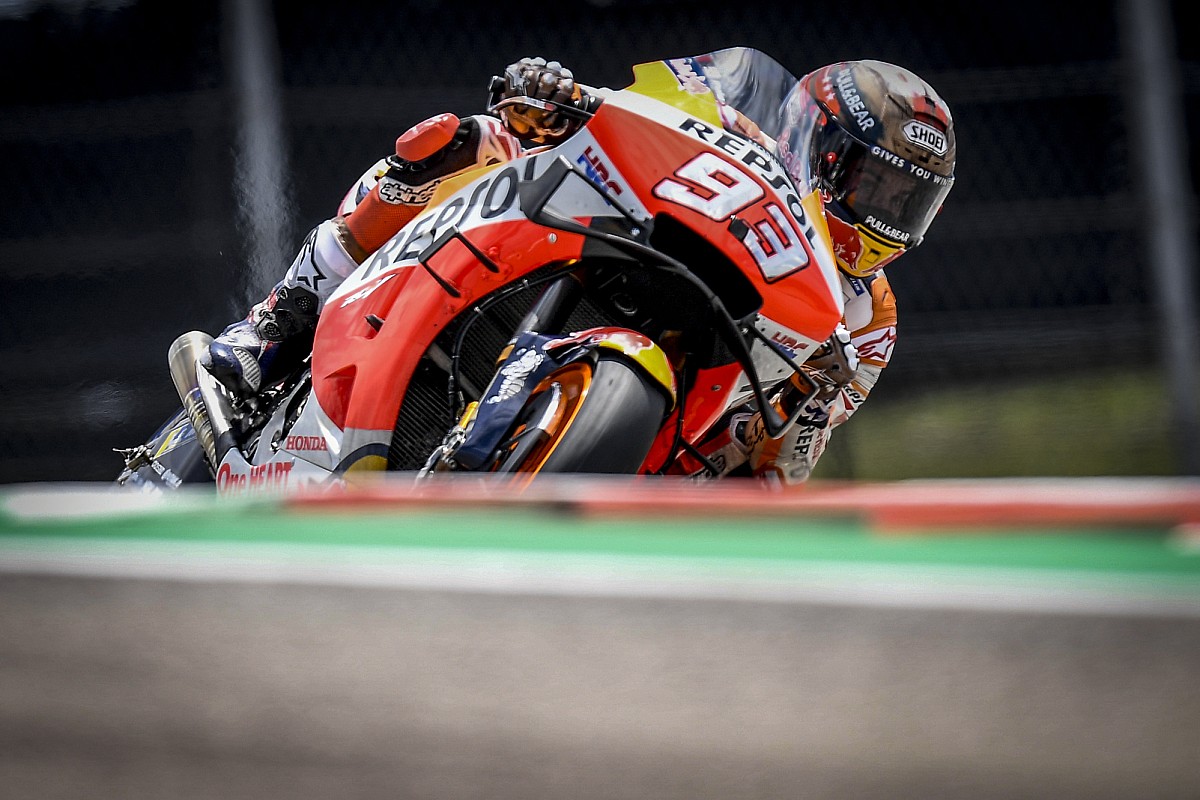 Reigning MotoGP champion Marc Marquez says his Honda team has resolved an issue that contributed to his costly crash from the lead in the Austin race.

Marquez was en route to a dominant victory at the American venue, but his perfect record of consecutive wins at the track was tarnished when he fell at the sharp Turn 12 left-hander, exiting the race on the spot.

The Spaniard was left puzzled about the crash in the immediate aftermath – but speaking almost three weeks later ahead of the next round at Jerez, Marquez said he now knew exactly why he had fallen in the GP of the Americas.

"The most important thing for myself is we understand with the team why I crash," he said. "Because I was riding in a really good way, I had a very good confidence with the bike and was difficult to understand, but then after we analysed many many things we understand."

Pressed on what exactly he'd learned about the crash, Marquez said: "Of course in the end it's my fault because I crashed. But during the weekend in Austin I say that 'we have a small problem, we need to fix', and this small problem was there on the race.

"And it's a race track where we have these first-gear corners really strange, and was the first time in the championship [in 2019] that we had this kind of corners, and we had a problem.

Marquez said Honda had been aware of a problem since the prior race in Argentina and thought it had fixed it in time for Austin, only for him to be ultimately caught out.

He confirmed the issue had to do with Honda's new-for-2019 engine, meaning it was likely related to engine braking in low-speed corners.

"They [Honda] test already with [test rider Stefan] Bradl, and looks like it's fixed, so this is important and it's something that's normal. We are in the third race of the championship - now in the fourth - the engine is new and sometimes [it] happens.

"The most important thing is that after a mistake, after a zero in the championship, we are only nine points behind the first guy [Andrea Dovizioso], so it's nothing, we are there."

Teammate Jorge Lorenzo was likewise a retirement at COTA, pulling over with what Honda later diagnosed as an electrical issue.

Lorenzo said Honda took his RC213V back to base in Japan and was able to replicate the problem.

"They change something on the electronic side to make the problem disappear," he concluded.

Mir feels he is already "really close" to Rins