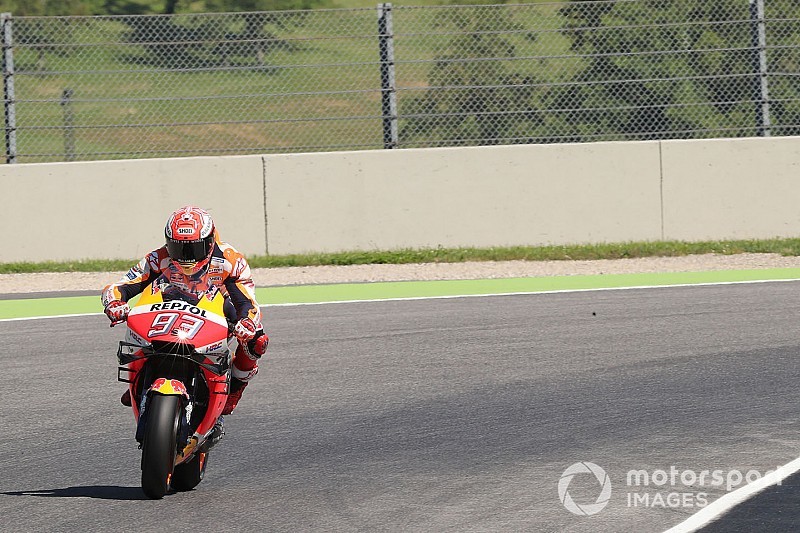 Marquez took the lead from Mir seven minutes into the session and then quickly improved four tenths further, his 1m46.930s then staying as the top time of the session.

Andrea Dovizioso (Ducati) and Alex Rins (Suzuki) held second for most of the session before Mir posted a 1m47.019s, ending up second and just 0.089s short of Honda man Marquez.

Dovizioso and Rins, who started the session with running through the gravel at Turn 4, settled for third and fourth respectively.

Quartararo was the only competitive Yamaha in the session as factory duo Maverick Vinales and Valentino Rossi were separated by 0.001s in 14th and 15th, and Franco Morbidelli was 17th.

Jorge Lorenzo's poor weekend continued as he was down in 18th on the second works Honda.

Tech 3 KTM's Miguel Oliveira was the sole rider to crash in the session at Arrabbiatta 2.

Mugello MotoGP - the race as it happened