Marc Marquez believes it is “unimaginable” for his Honda MotoGP teammate Jorge Lorenzo’s current poor form to continue into the 2020 season. 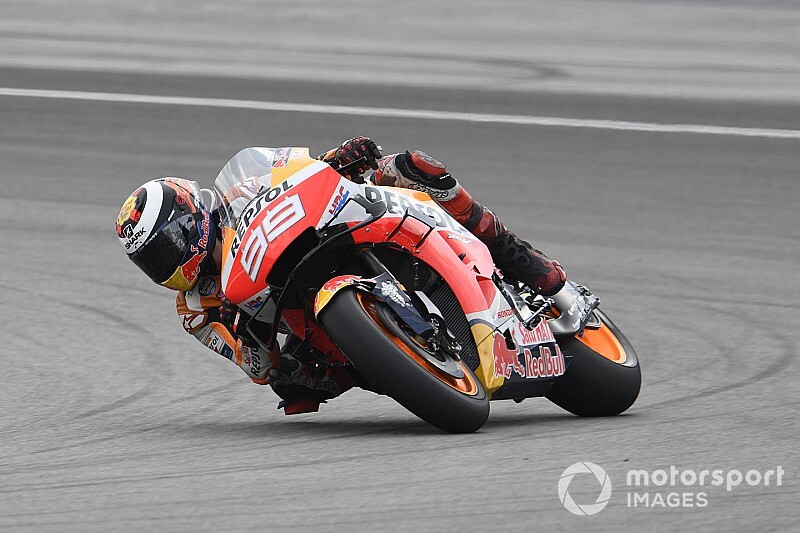 Lorenzo has endured a nightmare debut season aboard the RC213V, which has been plagued by difficulties in adapting to the bike from the Ducati he rode last year and numerous injury problems.

Yet to score a top 10 finish from the 18 races run so far, his future with the team is uncertain, with rumours of him breaking contract a year early continuing to circulate the paddock.

Speaking to Gazzetta dello Sport, Marquez expressed his surprise at Lorenzo’s current situation and has urged him to “look for motivation” if he is to see out his two-year deal with Honda.

“[It’s] surprising [to] me, him, the team,” Marquez said. “In the end, it is unimaginable for a champion to find himself in this situation. It will be unimaginable to him like this for another year.

“I think he is working to find a solution. He must look for his motivation.”

When pushed for his thoughts on Lorenzo continuing as his teammate, he added: “His contract says so. For me, he’ll continue. But it’s a very personal decision.”

Marquez feels Rossi can continue beyond 2020

In the same interview, Marquez offered his thoughts on arch-rival Valentino Rossi’s future beyond next year, when his current Yamaha deal expires.

Marquez believes the nine-time world champion can still be competitive if he does stay, noting that he “survives well” through each generational shift in MotoGP.

“If he continues, he can do it [stay competitive],” Marquez said. In Malaysia he was fighting for the podium. What he is doing is incredible.

“His name is always there with another generation, different styles and riders. He survives well.

“A great rider is made of the climb until they reach their peak, and then in the descent they have to try to be as gentle as possible. Valentino is doing that. The descent is smooth, the motivation is still there.”