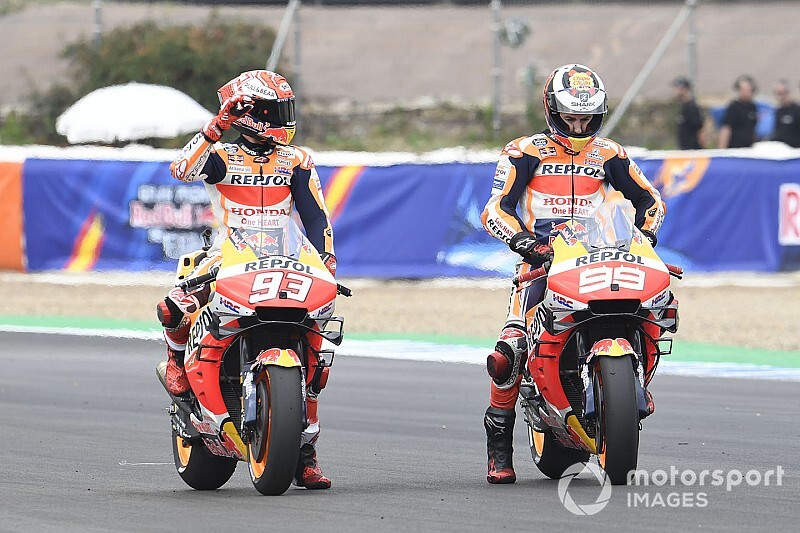 Pramac Ducati rider Jack Miller admitted in the lead-up to MotoGP’s Red Bull Ring weekend that there was “some truth” to reports linking Lorenzo to a potential return to the Ducati fold next year.

The 32-year-old, who won three MotoGP titles with Yamaha, has struggled to gel with Honda’s RC213V bike so far, scoring just 19 points in his first seven races before being sidelined by injury.

Asked about the possibility of a premature end to Lorenzo’s two-year Honda deal, Marquez said: “What I only know is that Jorge has one more year with Honda. Jorge is Jorge, and what he says [is], ‘he’s not a great rider, he’s a champion’.

“And I think with his ego and his ambition, he will try to do [this], because if not, it’s something that will not arrive on his ambition or his dream.

“I mean, when you arrive in a project like HRC, it’s because you want to win races and fight for the championships.”

Ducati’s Andrea Dovizioso, who’s had an infamously tumultuous relationship with Lorenzo during their time as teammates, said he “completely agreed” with Marquez’s view.

“I don't know about Jorge's current situation and I don't know how to judge it," he said. "He still has a one-year contract with Honda and these rumours are peculiar. But it doesn't concern me. I still have a year's contract and I'm focused on myself.

"I don't think his arrival would influence next season. We know what we need to improve and fight Marquez. The rest counts for very little.”

Lorenzo’s former Yamaha squadmate Valentino Rossi said the idea of the Spaniard reuniting with Ducati made “some sense” – but also pointed out that Lorenzo has been unfortunate with injuries during his stint at Honda so far.

“I think that he can ride this bike in some way, maybe he has to modify something," said Rossi. "I think he was also very, very unlucky because especially the first injury with the flat-track bike before the first test, that one was a disaster for him because he arrived already injured and that part, that moment of the season is crucial - because you can have six days riding the bike without the pressure of the weekend,” Rossi said.

“He doesn’t make the test and after, when you arrive at the race weekend, everything is more difficult because you don’t have time, you have to push.

“Every time did some mistake, he crashed and he had more injuries. It’s a difficult situation at this moment but he is with factory Honda and with a bit more time, a bit more luck, he can be competitive.” 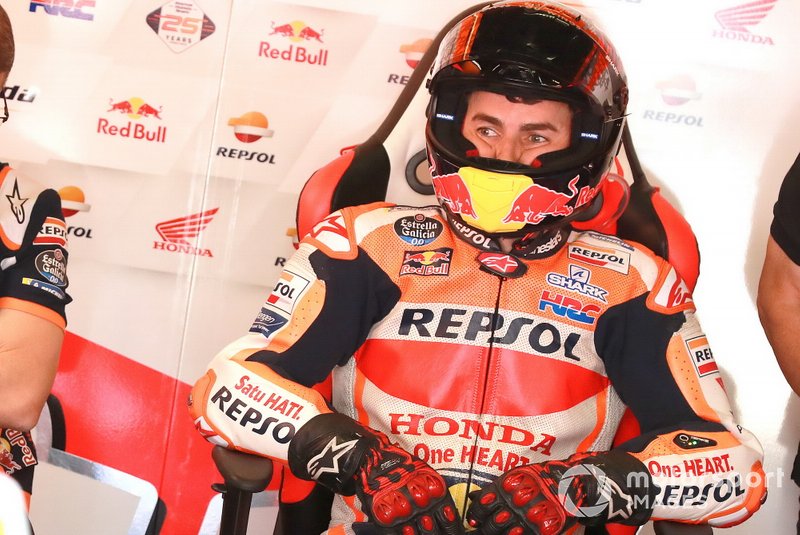 Miller: "Some truth" to rumours of Lorenzo Ducati return