Marc Marquez says the timing of Honda MotoGP teammate Jorge Lorenzo's decision to retire from the sport shows he is a "real champion". 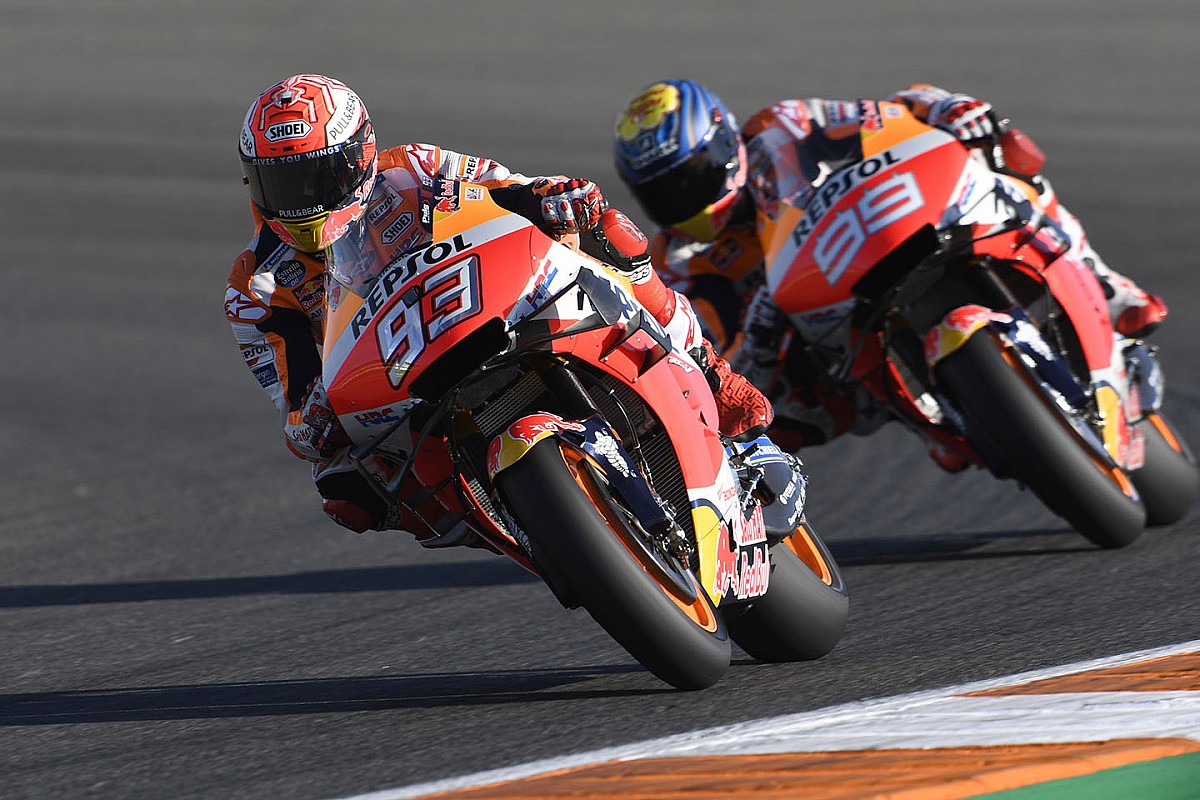 While Marquez romped to a sixth premier-class title, Lorenzo was hamstrung by the RC213V bike's deficiencies and had his season completely derailed by crashes and injuries.

Having contemplated retirement after fracturing his back in a crash at Assen, Lorenzo took the final decision ahead of the Valencia finale and announced it in a press conference on Thursday.

The three-time champion felt that while he could yet become a top-five and podium contender on the Honda, he simply wouldn't have enough time to achieve more than that.

Speaking after Lorenzo's announcement, Marquez said he and the team were caught out by the decision.

“Especially [because of] the way he working in the box – the results could have been better or worse, but the way he worked was exactly the same as his first day in Honda.

“Just an hour ago I was with him in his truck to say congrats, obviously for his career, but especially the way he took the decision.

“This is something that means a lot. He is a real champion. The moment he feels he can’t be in the top places he decided to stop.

“A strong character on and off the track, and a real champion. I want to say congrats to him and wish him the best for the future.” 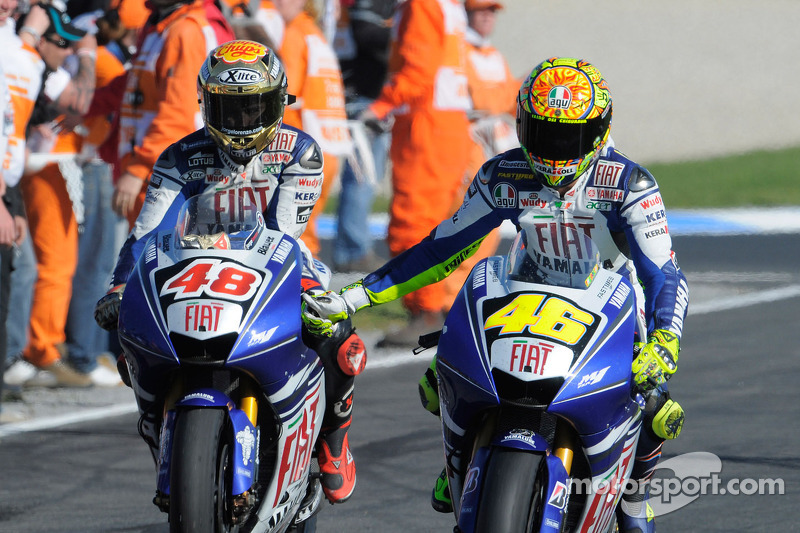 Yamaha rider Valentino Rossi spent seven years as team-mate to Lorenzo, with the pair engaging in a heated rivalry in their two stints together on the factory YZR-M1s.

Such was the intensity of their rivalry that Rossi ordered a wall to be erected in the Yamaha garage in 2008 to stop secrets swapping hands between his crew and that of his then-rookie teammate.

Speaking on Thursday, Rossi said Lorenzo is “one of the most important MotoGP riders in the modern era” and believes they had “some of the best races” together.

“I think he is for sure one of the most important MotoGP riders in the modern era,” said Rossi.

“I think we lose a very important part of our sport. He is a great champion, he impressed me a lot of times for his speed and concentration.

“We were teammates for a long time, a lot of years together we shared the same box and I think he’s, personally, one of the greatest rivals of my career.

“We did some of the best races together, that I remember in my history, so it’s a great shame that he’s finished.”