Marc Marquez says his MotoGP championship lead didn’t cross his mind at any point during the process that led the British Grand Prix at Silverstone to be cancelled. 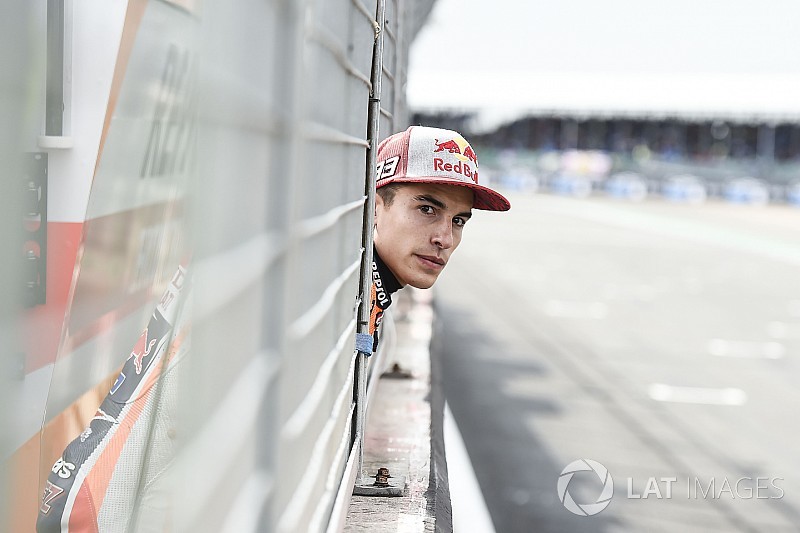 A combination of heavy, persistent rain at the Northamptonshire venue on Sunday and a newly relaid track surface that failed to drain properly meant that the 12th round of the 2018 season was finally abandoned after hours of delays.

The decision not to race was ultimately taken by the riders in an emergency safety commission meeting, with only Jack Miller and Johann Zarco dissenting of those present.

Series leader Marquez was among the majority who were in favour of calling off the race, and maintains a comfortable 59-point lead with seven rounds left to run.

However, the reigning champion denied a desire to protect his advantage played any part in his consideration of the day’s events at Silverstone.

He said: “Good thing? No, in this kind of conditions you can take a lot of profit or lose many points.

“This is something today I didn’t think about, because it was such a long day, since 9am [when warm-up started] we were fully concentrated on the race.

“It was a very difficult decision for everybody, because it was really special conditions. We sit all together in the safety commission, all the riders, and we decide not to race because the condition of the asphalt is too dangerous. We already saw yesterday it was like this.

“We are disappointed because we always we want to race, but in the end safety is the first thing.”

Events during FP4 on Saturday, when a deluge led to standing water building up on the approach to Stowe, causing Tito Rabat to crash and be hit by Franco Morbidelli’s bike, played a part in the riders’ decision not to race.

Rabat suffered a triple fracture to his right leg, and had to be airlifted to hospital in Coventry – where he successfully underwent surgery the same evening.

Ducati rider Jorge Lorenzo had qualified on pole and said that the race would have been able to take place on a circuit that was draining water properly.

Lorenzo said: “95 percent of the riders were agreed not to race, this is very significant. And nobody pushed us to take another decision.

“On a normal asphalt, with a good drainage, the race would have been done normally because there was not so much rain.

“But there is a mistake with the resurfacing, so let's see if they can solve it in the future.”

At least two riders did not attend the riders’ meeting on Sunday afternoon, with Valentino Rossi opting to skip it and Andrea Dovizioso reportedly not being informed it was happening. 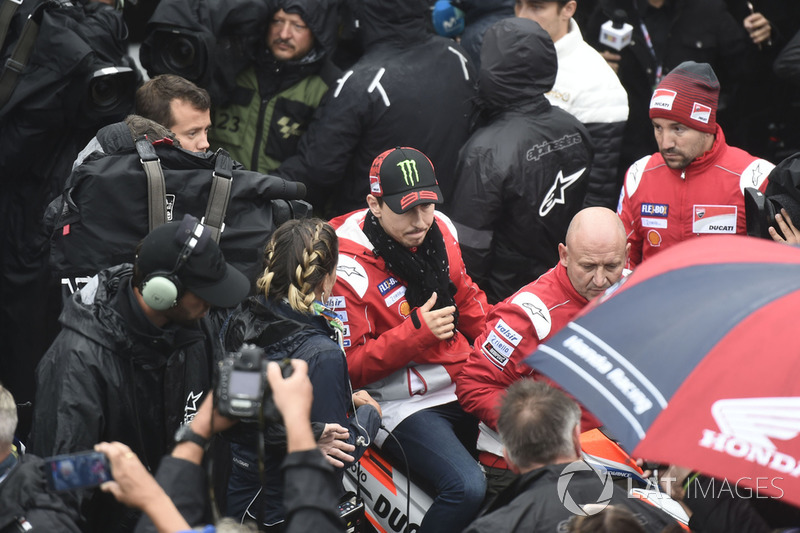