Reigning Moto2 world champion Enea Bastianini says there is ‘no pressure’ on him to emulate Alex Marquez’s rookie MotoGP podium success from 2020 this season.

By:
Matteo Nugnes
Co-author:
Lewis Duncan
Listen to this article

Marquez won the 2019 Moto2 title before stepping up to MotoGP with Honda, scoring the marque’s only podiums last year with a brace of seconds in France and in Aragon.

Bastianini prevailed in a season-long scrap for the title in the intermediate class in 2020 and will make his MotoGP debut in 2021 with the Avintia Ducati squad.

Asked if Marquez’s performances in 2020, when he was reigning Moto2 champion, added pressure on the Italian to repeat this, Bastianini said: “Actually no, because each rider is unique.

“Maybe it will take me longer to adapt or maybe less, so it doesn't put pressure on me, quite the contrary.

“I want to ride, to have fun and then we hope that the results will arrive, but if [in] the first year they do not arrive I will concentrate to understand what to do for the second.”

Bastianini will partner Valentino Rossi’s half-brother and 2020 Moto2 title runner-up Luca Marini at Avintia this season. But he doesn’t consider their rivalry continuing into MotoGP to be a given, as so much has been “levelled” in MotoGP in recent years.

“In the end, if such a rivalry arises, it is because we are making a difference,” Bastianini said. “But it is not certain that such a great rivalry always arises.

“In recent years everything has been levelled, from the bikes to the teams, passing through the riders. So, I hope to be a protagonist too, but there will be many, and now a lot depends on the tyres and how you approach the team.” 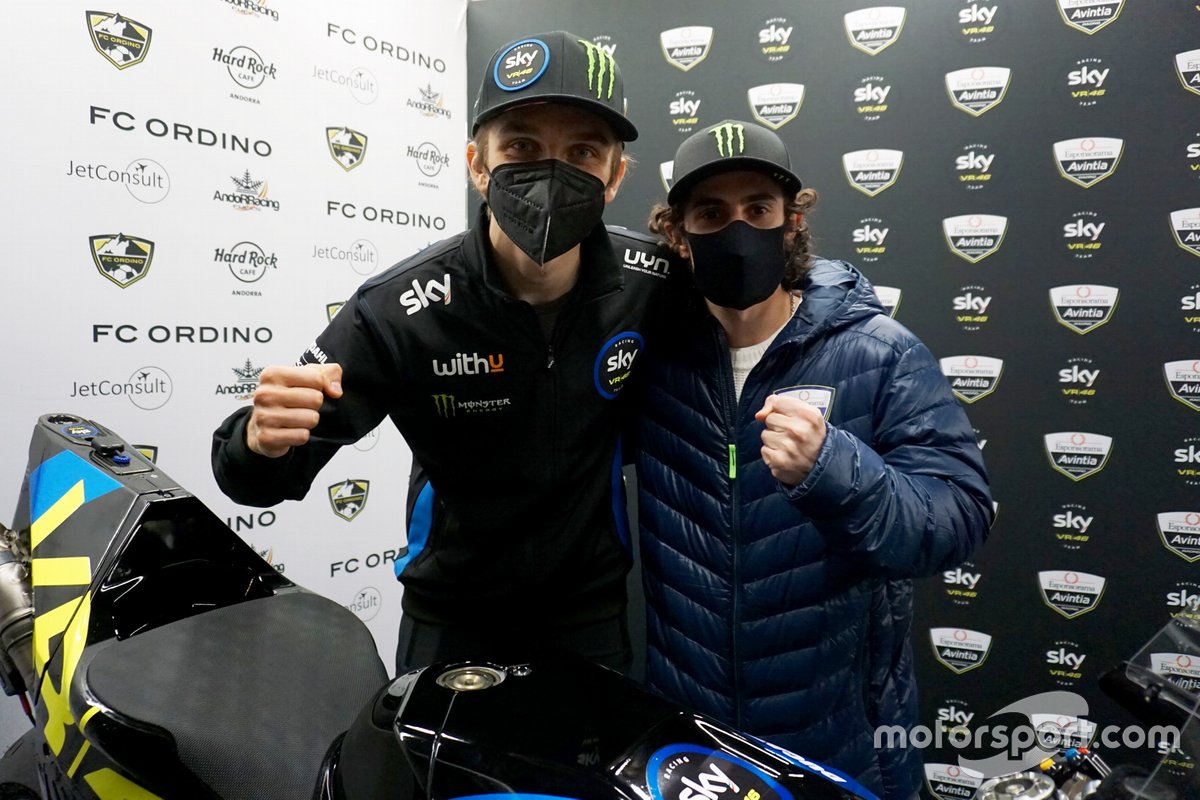 Marini – who considers his relationship with Bastianini to be “perfect” – says he hopes an intense rivalry between the two does arise as they step up.

"I hope that such a rivalry can arise, because it would mean that we are going strong,” Marini, who will ride a VR46-backed Ducati this year, added. “But there are so many strong riders in MotoGP, so these rivalries will no longer exist.

“Now you have to fight against 12 riders to win, not two or three as it once was. I don't know if it's more difficult or easier, because it doesn't take much to make a difference with everyone so close.

“But I think that in this era it will be hard to see rivalries like the historical ones, but maybe in the future we will go strong just me and Enea and it would be nice.”