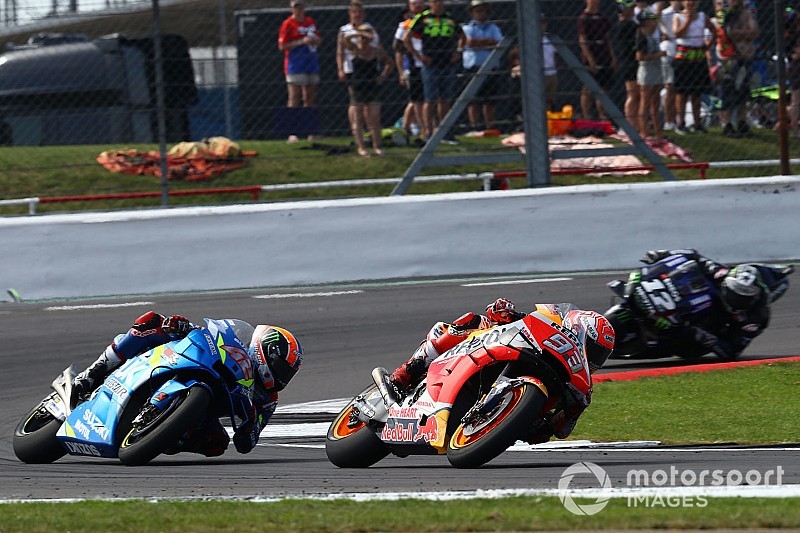 MotoGP championship leader Marc Marquez says he employed a British Grand Prix strategy that would minimise any possible points loss, rather than one that would’ve helped him win the race.

Marquez started from pole at Silverstone and led 18 of the first 20 laps, ultimately falling prey to a last-corner Alex Rins move as the Suzuki man outdragged him to the chequered flag by 0.013s.

The pair had run well clear of the chasing pack for most of the event, and although Yamaha’s Maverick Vinales closed in on Marquez and Rins during their late-race battle, he was powerless to challenge either.

Marquez admitted that leading from the outset was not optimal for his victory hopes, but said he was specifically looking to stretch the leading pack in an effort to minimise the risk to his advantage in the title race.

“I know that leading the race you use more tyres, you use more physical condition, you use more fuel, but anyway it's the target, to take a lot of points for the championship. And this was my main target, I say I will lead the race, I will push-push-push, to try to have a small group in the front group, and that's what I did.

“In the end it was me and Rins, of course he was more fresh in the last laps, but the target I already achieved. Then in the end I tried [to win], was not possible, but the most important is 20 points more for the championship - we arrive here with 58, leaving we have 78.”

More from the British GP:

Marquez tried to get Rins to pass him and lead a few laps during the race, but the Suzuki rider stayed ahead for only a handful of corners – with Marquez wary of the time losses that both riders would incur if they tried to stay behind the other.

“Of course was difficult to defend [from Rins in the end], because I didn't know where were his weak points,” Marquez said.

“But when I tried to do that strategy in the middle of the race, to follow him some laps, to save some tyres, to save some fuel and to know where he was struggling, he just closed [the throttle] even more.

“And then we lose nearly one second in one lap, and I saw that Maverick was coming. So I said, 'Okay, I don't care about the victory, I care only about the points'.

“I knew that if I stay there [behind Rins], I can take only 16 points in the race. I know if that I push I can take 25 or 20 - I keep pushing, pushing, pushing. And when you are racing in front, was my strategy [in the past] to stay behind and attack the last five laps, and you arrive with the best tyre.

“But now I'm in a different situation in the championship, and to win the final battle you need to lose some battles. Today was very very close, but was like this.”

“It's a shame because Dovi was out again for not his mistake," Marquez said. "I wish all the best to him because I heard it was an ugly crash.” 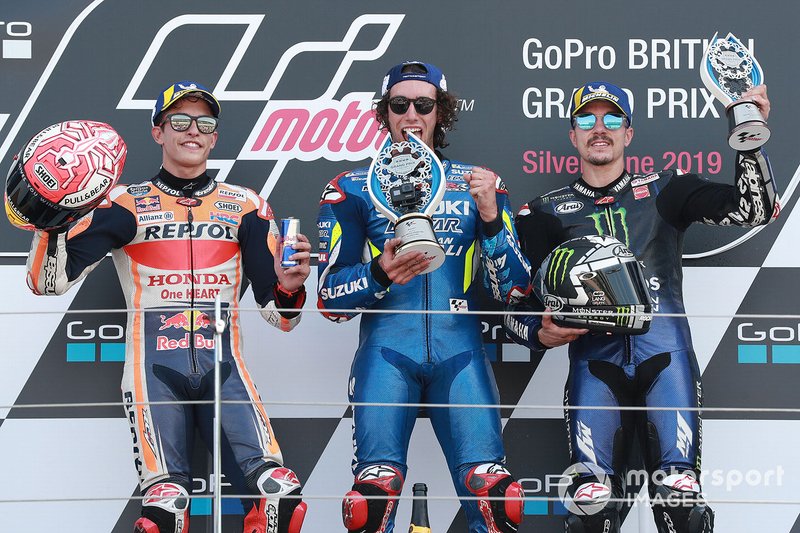