Marc Marquez says some of the items he sampled in Monday’s post-Brno test have helped to “solve problems” he has been experiencing in the last few MotoGP races. 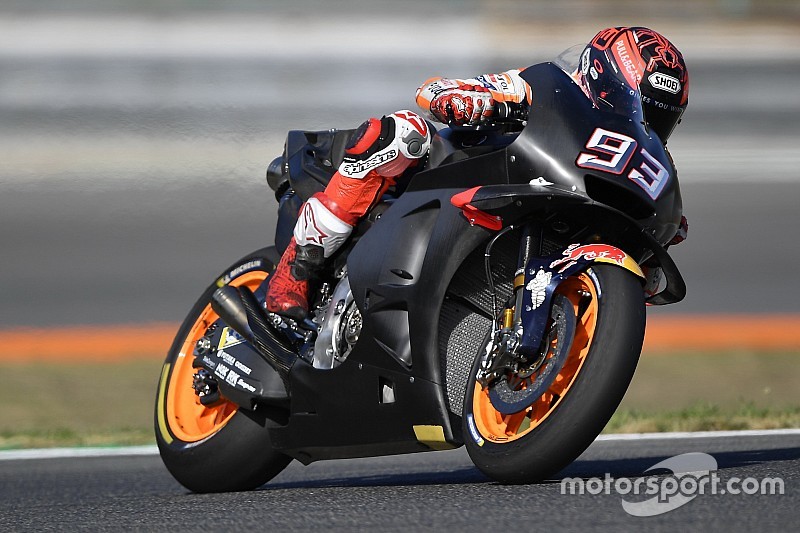 The factory Honda rider topped the timesheets at the Czech circuit, one day on from his third place finish behind Ducati pair Andrea Dovizioso and Jorge Lorenzo.

He sampled as many as four different iterations of the RC213V during the test, including one black-coloured machine similar to the one he used in the previous post-race test in Barcelona.

While denying the black bike was a 2019 version, he admitted Honda was working for the “future” as well for the remainder of this season, and says some improvements he tried will be introduced as early as this weekend in Austria.

"I tried positive things that I liked a lot, some parts solve problems that we have had in the last races,” said Marquez, who finished the test 0.133s clear of second-placed Johann Zarco.

“You don’t gain half a second at a time, but they can help, especially at the end of the race.

"We rode with a prototype like the one we already tested in Montmelo [Barcelona], but it's not a 2019 bike, they're things for this year.

“We have seen positive things that we will already have for Austria, and [Hiroshi] Aoyama [test rider] has done some laps with that bike to check that everything is in place.

“With the black bike I only did one exit to check that everything was fine."

Marquez added that one particular area of focus in the test was the front tyre, as the Spaniard seeks answers on how Ducati and Yamaha are able to use the softer rubber in races.

“We need to understand why the other manufacturers can use the softer front compounds and we are always with the hard,” he said.

“Sometimes when the temperature is very high, we are struggling. For that reason I was riding at midday with 55 degrees [track temperature] because it was something we want to understand.” 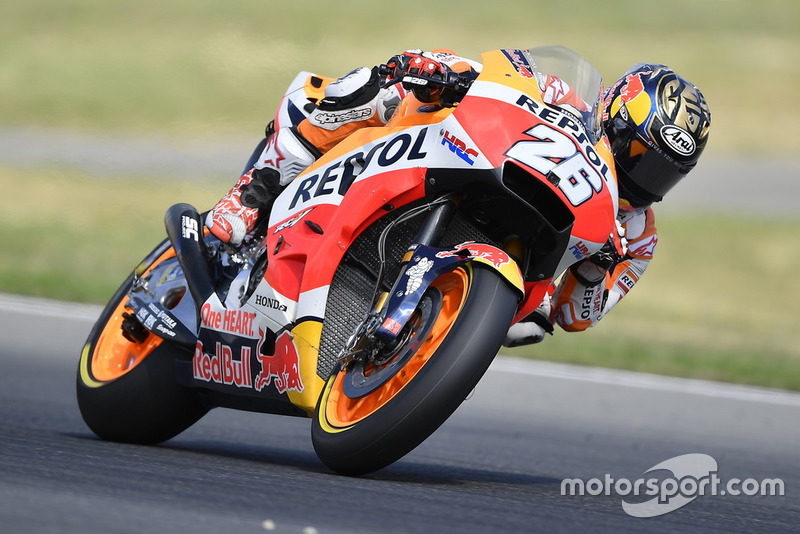 Dani Pedrosa was third-quickest in the test after struggling for pace during the Czech GP weekend, in which he qualified down in 10th and finished eighth.

Explaining his improvement in form, he said: “It’s true with the track conditions like they were today, it was much easier for me to go fast.

“When the grip [of the track] is less, it’s more difficult for me to find the rear grip to go fast in the middle of the corner. This is the main reason.

“Yesterday was difficult, no grip at the rear, today was the opposite.”

Zarco no longer riding like 'guy going to buy bread'