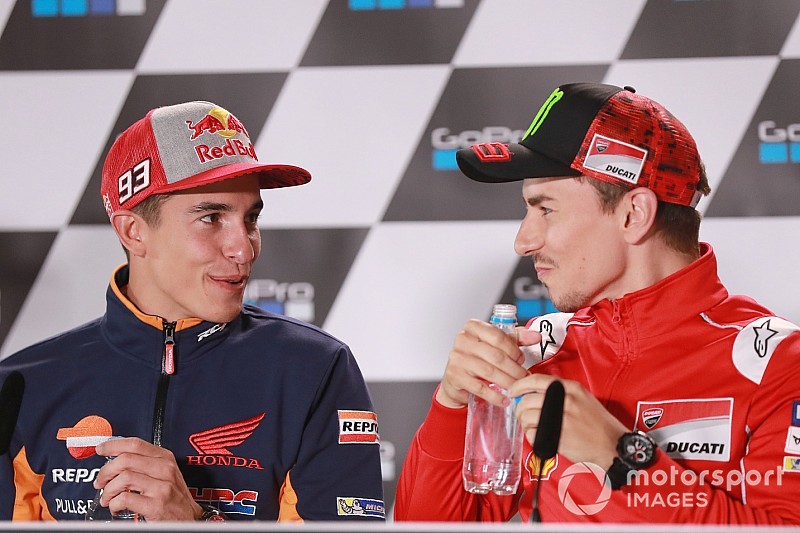 Marc Marquez says that trying to prevent Jorge Lorenzo joining the factory Honda MotoGP team would have been a "sign of weakness".

Lorenzo secured a shock move to the Repsol Honda outfit earlier this year after his relationship with Ducati fell apart, and will go up against reigning champion Marquez in the same team in 2019.

He had his first taste of the RC213V in post-season testing in Valencia and Jerez, ending up less than two tenths off the pace on the final day of the latter test.

Marquez has always insisted he does not mind who he shares a garage with, and Lorenzo even admitted he had to be "grateful" to his future teammate for not blocking his move to Honda.

“To put a veto on Lorenzo would have been a sign of weakness," Marquez told Motorsport.com.

"If he beats me, he will do it with the same weapon. I prefer to fight with a handgun, against another handgun, rather than having a handgun against a machine gun.

"We will have the same bike and therefore if Jorge wins I will know why. Besides, this way we can improve the bike’s level."

Up to now, Marquez's only teammate in MotoGP has been Dani Pedrosa, who eventually opted to retire instead of remaining on the grid in 2019 after being replaced at Honda by Lorenzo.

And although Pedrosa rarely challenged Marquez during their tenure as teammates, the five-time premier class champion insists Lorenzo's arrival won't impact his mentality.

“Having Jorge next to me, or any other rider, won’t make me change my riding style, nor my ambition," added Marquez.

"But I am aware that if you want to stay in HRC, or in the Ducati factory team or in Yamaha, there will be winning riders. In case you don’t get the victory, the other rider will be able to do it.

"This doesn’t mean that Dani hasn’t given anything to Honda, because what he has given us is amazing. But what is clear is that Jorge is one of the best riders, and even more, he’s [been] able to win with another bike." 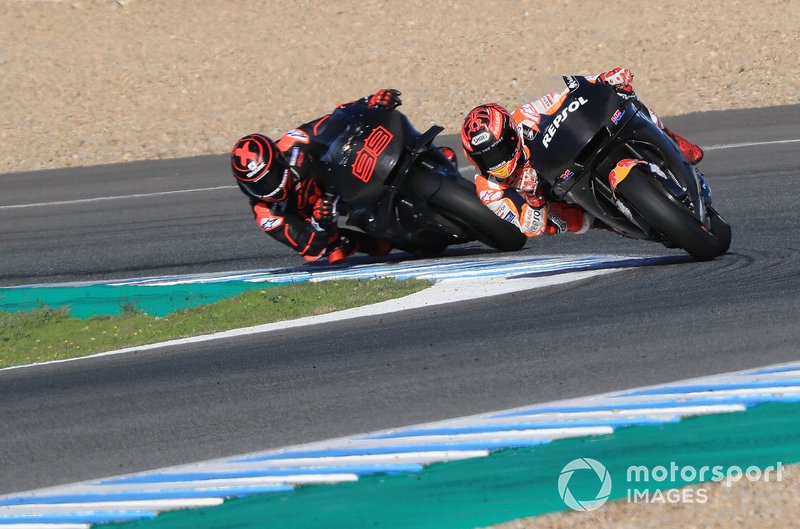