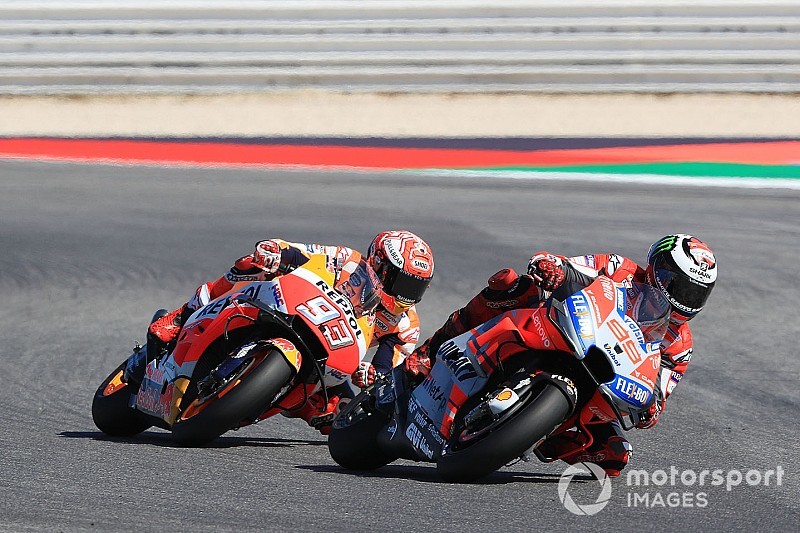 MotoGP championship leader Marc Marquez says he was “pushing too much” to stay with Jorge Lorenzo in the closing stages of the Misano race.

Marquez and Lorenzo spent much of the San Marino Grand Prix dicing for second place, before the latter upped the pace late on and began to reel in his Ducati teammate and runaway race leader Andrea Dovizioso.

But Dovizioso resisted the charge as Lorenzo crashed out on the penultimate lap, allowing Marquez to cruise home in second – extending his championship lead to 67 points.

“When I saw that Dovi was going away, I tried to be behind Jorge, to attack him in the end,” Marquez said.

“But honestly speaking I was on the limit, I was pushing too much in some areas - but then, when you never give up, sometimes you get something.

Marquez admitted that he did not feel comfortable towards the end of the race.

Despite having led the Ducatis in warm-up, Marquez says he was sceptical about his chances in the race – as the lower grip meant he had less of a chance to make up the laptime he was losing to the Italian bikes under acceleration.

“In the warm-up I was fast, but I already knew that for the race, with more temperature, then you have less grip in the corners, I cannot carry the same corner speed, and then the difference on the straight is even bigger.

“I tried to follow them, to be aggressive on the first laps, because I knew Jorge and Dovi had something more [for pace], but today Dovi was riding perfect.

“I was losing a lot on the two main accelerations but then I was able to recover on some brake points, but all the race, all 27 laps like this, it's difficult.”

Marquez had been able to overtake Lorenzo at one point, but was re-passed six laps later and was starting to drop back from his rival prior to Lorenzo's crash.

“Honestly, I was just following Ducatis," he admitted. "I was not able to overtake them. When I overtook Jorge, it's because he did a mistake, he went wide, and then I overtook him.

“And then okay, we fight [for] three laps, four laps, because I was aggressive in that area – but when I follow them [the Ducatis], I cannot overtake.” 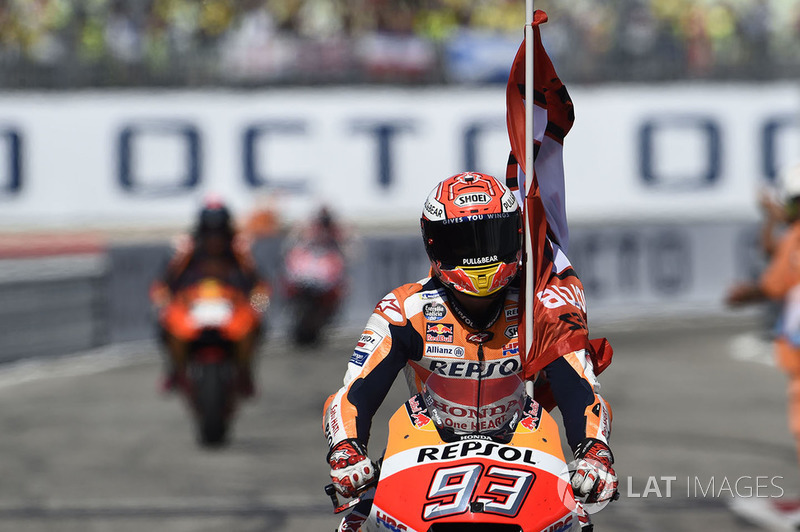