Jorge Martin has dedicated his maiden MotoGP podium in the Doha Grand Prix to the late Fausto Gresini, having raced for the Italian in Moto3.

Martin raced for Gresini’s Moto3 squad from 2017-2018, the Spaniard winning eight grands prix in that time and securing the world title in 2018.

Stepping up to Pramac Ducati in 2021 in MotoGP, Martin stunned with his maiden pole last Saturday and led for the first 17 laps of the Doha GP, before taking the chequered flag in third.

“I want to dedicate this podium to Fausto because my first podium in MotoGP… he was really important in my career because when he gave me the opportunity to go with Honda [in Moto3],” Martin said.

“I was in a really low moment because I was with a bad bike and I wasn’t making good results.

“And he said ‘OK, come here [to Gresini], I know you have the talent and we can win this championship’.

“And we did it together, so I really miss him because for me he was a really close friend.

“He was like family to me. I stopped today with the Gresini team to give a big hug and for sure he was watching up there.”

Martin admits he was “a bit nervous” starting from pole, but was able to consistently manage his race for those first 17 laps.

However, he concedes he was “a bit on the limit” when Yamaha’s Fabio Quartararo made his decisive move for victory on lap 19 – and also notes he was wary about battling Pramac teammate Johann Zarco on the last lap over second for fear of causing “a disaster”.

“I’m still missing a bit of speed for sure, because when Fabio overtook me I was a bit on the limit to follow him,” he added.

“But then I thought ‘OK, maybe now it’s time to push and follow him so I can keep this podium’.

“At the end it was a shame to lose second position.

“He’s in a different role in the team, he needs to be up there trying to win this championship.

“But I tried to go inside to try to keep the podium and third position is amazing.

“After a short pre-season in MotoGP, I took the opportunity to be here. So, I’m really happy.

“Actually I was a bit nervous, I think even more than last week because being up there in pole position is not easy.

“I think even if I make another pole position in the future it will be the same nerves, hopefully.

“I thought I didn’t have the pace enough to stay with the front guys, but every lap was a bit closer [to the finish].

“So, the pace was great and that’s why I was in front. And even if I was nervous, I could control it well.” 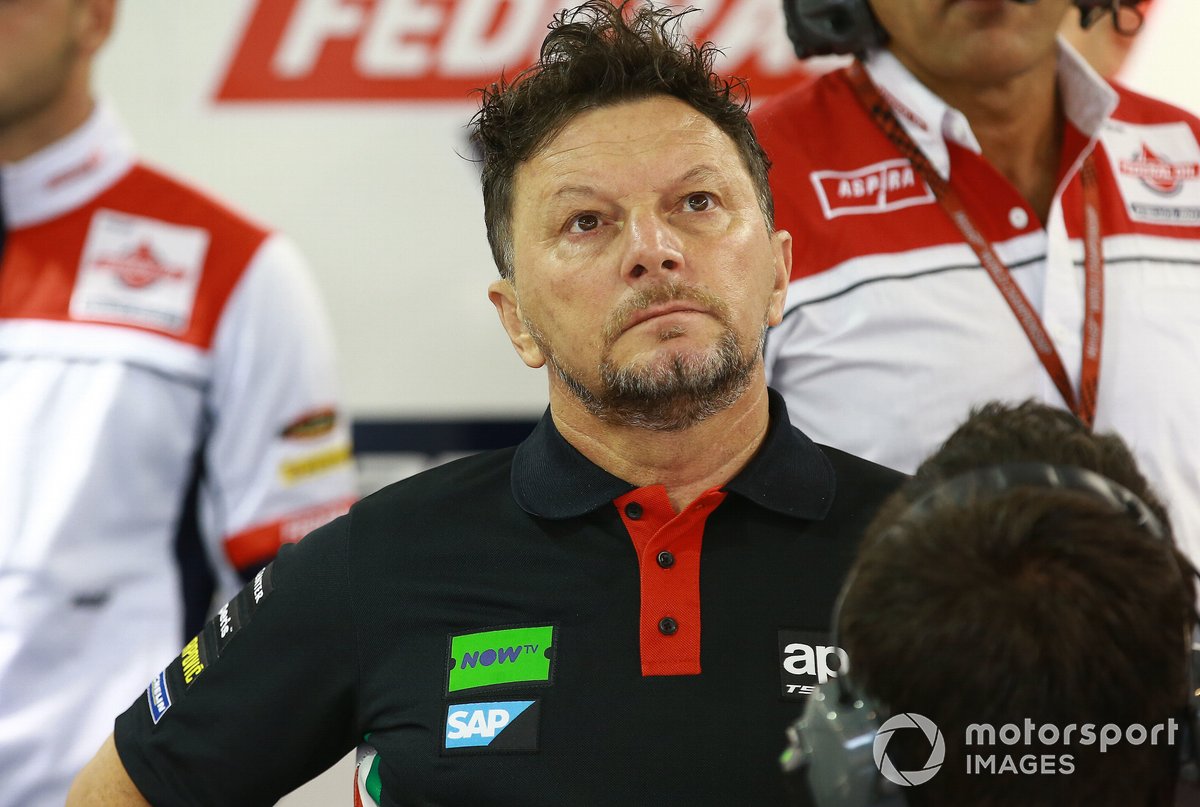 Quartararo: Doha MotoGP win “most special” of my career

Qatar MotoGP poleman Martin "needs something else" to fight for win