Jack Miller says his Ducati's loose seat unit in the MotoGP-season opening Qatar Grand Prix gave him no option other than to ultimately retire from the race.

The Australian rider only just missed out on a spot on the front row, qualifying in fourth place, but as early as the second lap of the race he had to slow down to deal with his seat, which had started to part company with the rest of his Pramac bike.

Having jettisoned the offending part, Miller was able to resume and fight his way back in the top 10.

However, without the grip of the seat to move his body around properly, Miller was forced to adopt an unconventional riding style that resulted in him wearing out his front tyre much more quickly in a bid to maintain his pace and stay with the lead pack.

He ultimately threw in the towel on the 13th lap of 22, pulling into the pits to retire.

Miller recounted: "The seat is glued on to the subframe, and the subframe being painted, the paint didn’t stick well enough, and the glue ripped the seat and the paint off.

"I was going through the fast sequence of three right-handers [Turns 12-13-14], the first one was good, second one I nearly fell off the inside of the bike because the seat broke. Then I felt it clip back in, because the seat is fitted. I thought it was ok, then next one, 'bang', it fell off again.

"Then I made it through the next left-hander, looked down and I could see the seat was twisted. So I grabbed it and I threw it [away].

"Once the paint and the seat had been ripped off, the carbon itself is like ice. And our arses have got no grip on it. I tried to manage it as best I could, trying to stay with the guys.

"Into the corners, I would go in but my butt would slide to the outside of the seat rather than gripping. I wasn’t able to get my shoulders out, I had to sit very central on the bike and use a lot of lean angle.

"Doing that I just destroyed the edge of the front tyre. I started to get a lot of understeer, a lot of chatter, because I was using 60 degrees of lean angle in a corner where you’d normally use 47.

"I was just riding around, starting to have a lot of moments. I decided to pull in – it was the safer option, because I was probably going to crash."

He concluded: "I’m happy anyway. Solid weekend, I felt I could really fight for the podium and I think I was showing that until the seat fell off." 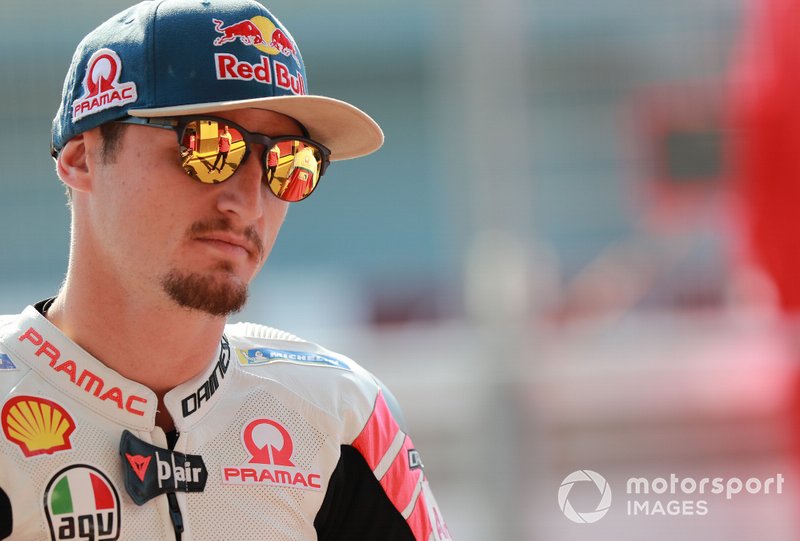