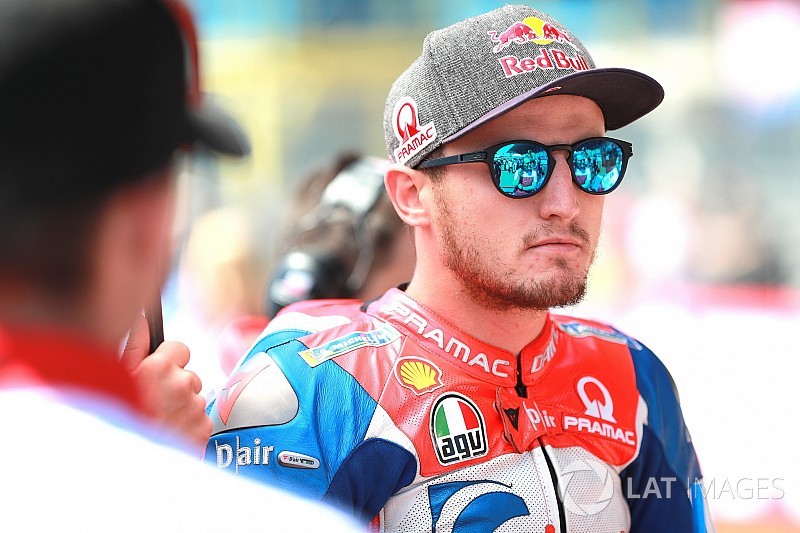 Jack Miller has clarified earlier speculation that linked him with a Repsol Honda ride for 2019, admitting he spoke to the factory squad but there was never an offer.

Miller was a consistent player in the 2019 MotoGP silly season, having first been considered along with current Pramac teammate Danilo Petrucci for a factory Ducati seat next season.

He was then rumoured to be a potential replacement for Dani Pedrosa at Repsol Honda, the Aussie denying reports in the Spanish media that he'd turned down an offer.

Ultimately he's set for another season with the Pramac outfit, although stepping up to a factory bike, as Ducati opted for Petrucci and Lorenzo landed at Repsol Honda.

With the rider market now settling for next season, Miller has moved to clarify exactly where he stood with that Repsol Honda speculation that emerged during the Italian GP weekend.

In his latest Red Bull column he admits that there were talks with the Japanese manufacturer, but never a concrete offer or even detailed negotiations.

"The Repsol Honda stuff? You might have read that I'd signed to go there around Mugello time, and don't worry, I read it too," Miller wrote.

"So let's clear that up: there was talk, definitely, but no contract negotiations. It's a big step from talking about something to negotiating to signing… so I don't know who said what to who or whatever to turn that into a story that I'd definitely be racing there next year.

"Talking… it's always good to know what your options could have been over there. Signing something? That's a lot different…"

Miller added that, while neither of the main factory seats materialised, he's excited at the prospect of being on a Pramac-run GP19 next year.

"I'm so stoked to be back here again next year and on a factory Ducati too, and there's a lot of pressure off my shoulders for the rest of this year having next year sorted out so early," he wrote.

"The rest of this year is head down, keep learning and make myself ready for the factory bike and the extra responsibility next year. Knowing where I'll be in 2019 already takes the pressure off and gets the distractions out of the way so I can build from here."

Speaking during the Dutch TT, Miller also made it perfectly clear that he's still focussed on getting into the main Ducati squad in 2020, with both the Aussie and Petrucci heading into 2019 on one-year deals.

"That’s my motivation for sure," he said.

"That’s my reason of only doing a one-year contract with Ducati because we need to show to them that we’re ready for the factory team come next year and do our job."

Marquez must "attack", not "relax" with 41-point lead