Miller: Crash caused by "idiots waiting on the racing line" 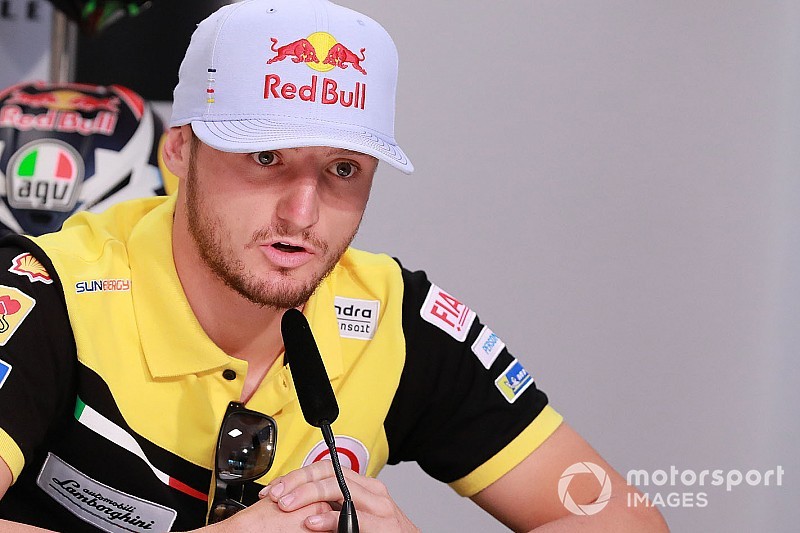 Miller came up on the LCR Honda of Takaaki Nakagami at the sweeping Correntaio right-hander during a late flyer in FP2, and went straight on under braking instead of turning in.

He rode through the gravel and was forced to hop off his Ducati Desmosedici GP19, with the barriers approaching fast.

“People are f***ing idiots waiting on the racing line,” an incensed Miller observed after practice. “Caught traffic already at the end of the Arrabbiatas [corners], [then] the chicane, I caught a bunch of traffic there.

“I came out of that corner, passed somebody already on that next straight, and then Nakagami and [Avintia rider Tito] Rabat were waiting in the hairpin on the outside.”

Miller said he “would've T-boned” Nakagami if he hadn't decided to bail out of making the corner.

“It was just unfortunate, but that's what happens here, everyone's trying to look for a slipstream or a tow, that's how it is. They [race direction] need to do something about it, because it's not only Moto3 that has this problem.

“It's kind of daunting when you have so many bikes waiting around, you're on your hot lap, 200-plus [kilometres] an hour. It's not the nicest feeling, that's for sure, definitely puts your heart in your mouth a few times.”

Miller, who sits ninth in the combined practice classification, described his Friday as “a great day” despite the crash.

“We've got a lot more up our sleeves,” he said. “Just worked mainly on race pace today, this morning especially was all race pace, and then this afternoon, the first 35 minutes was race pace, the last nine minutes we were trying to do a laptime but unfortunately that got cut short.”

His rookie teammate Francesco Bagnaia starred on the timing screens instead, his effort in the dying minutes of FP2 leaving him as a surprise Friday pacesetter.

“The nice thing is that I'm not pushing a lot,” the local rider said. “The time has been easier to make compared to other races. I'm very happy about that.

“I think that the key has been the good work we make in Le Mans. Now I have the strong feeling that I want with the front, and I think for the next weekend will be for sure more easier, to start in every circuit.

“I don't have a target [for this weekend], but my objective will be to continue in this direction, to continue having this feeling with my bike and trying to finish the race, this is a thing that I really have to do.”