Pramac Ducati rider Jack Miller says he “can't believe” his new 2019 Desmosedici is just two years removed from the bike he used in MotoGP this season.

Miller rode a 2017-spec Ducati for the Pramac satellite team this past campaign after switching over from Marc VDS Honda, finishing 13th in the riders' standings.

For next year the Aussie has been bumped up to the current-spec Desmosedici vacated by Danilo Petrucci, and he got his first taste of the 2019 machine in the two days of post-season testing in Valencia.

Miller described the new bike as “amazing”, and when asked what the difference was to the older spec, he said: “There are no real similarities.

“I cannot believe the bike is from the same family. Everything's new, the gearbox, down to the handlebars, how the handlebars feel.”

Placing 14th on the first day of testing after his programme was curtailed by an unspecified technical issue, Miller ended the test fourth-fastest, just two tenths off pace-setter Maverick Vinales, on Wednesday.

He said he was still trying to get the bike “personalised”, having admitted that it was more different to his previous Ducati than he'd expected.

“It's hard to almost believe it's only two years more advanced than my bike, but the amount of changes are crazy,” he said. “[It's better at] everything. Turn, brake, stop, accelerate, be smooth.”

Ducati's MotoGP bikes used to have reputation for being unwieldy and difficult to ride, but the Desmosedici has become more and more user-friendly with its latest iterations.

And according to Miller, the trend has continued with the GP19.

He said: “It feels easier. Definitely. That was the biggest thing, I came in [first time] and I said it feels very light, very easy, especially through the first change of directions here, from like [Turns] 8, 9, 10, 11.

“Even though there were still wet patches [Tuesday morning] and I was trying to stay well away from the white lines, I found myself almost turning onto the white lines on the inside because of how well it was turning.” 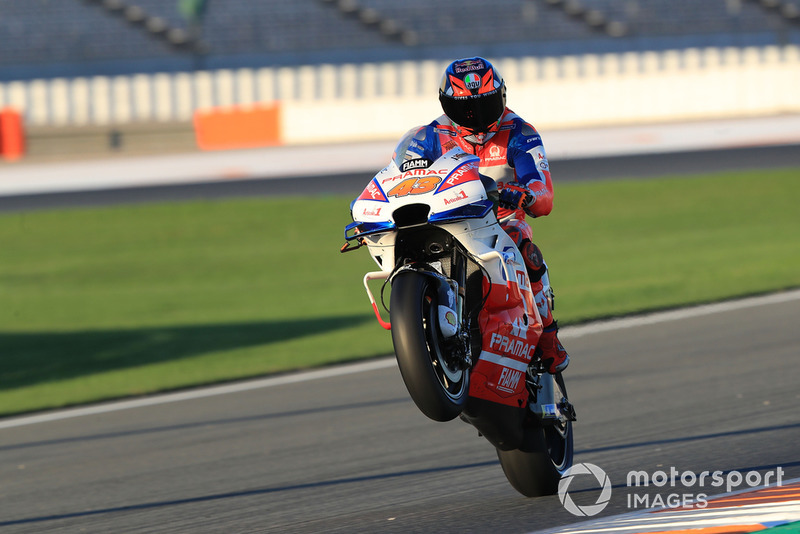