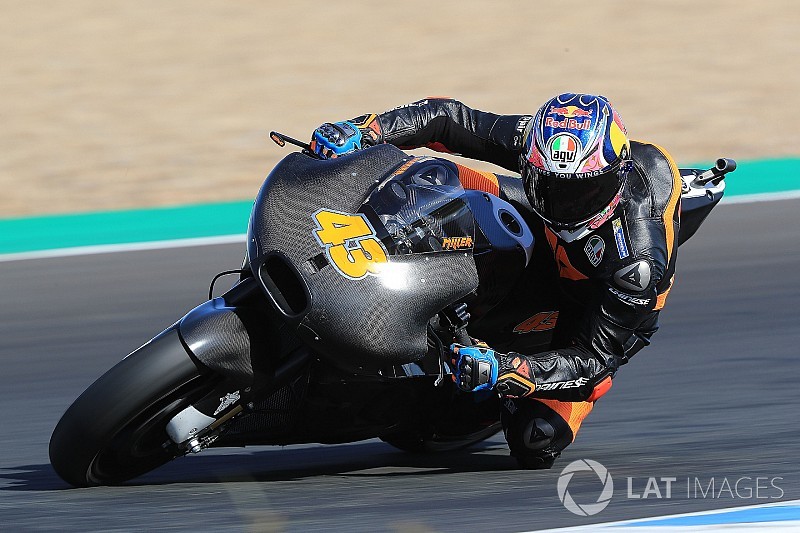 Jack Miller says Ducati's MotoGP bike, which he will be riding at his new team Pramac next year, appears to be good for his riding style following his first two test outings on it.

He ended the latter outing seventh-fastest of the MotoGP riders, a little under a second off the pace established by Suzuki rider Andrea Iannone.

While insisting he can't say anything definitive until 2018, Miller reported a good initial feeling on the Italian bike, which "seems to be suiting" his style.

"It's been pretty good, we were always quite quick so far over the three days that I rode," said the Australian after his first day on-track at Jerez.

"I am happy with that, but of course we need to go faster and faster.

"At the moment my riding style seems to be suiting it [the bike] but we have to wait of course until next year for the races before we know anything.

"It has its positives and negatives but all in all I am really happy with the performance of the bike now on two tracks."

Miller highlighted braking stability and smooth acceleration as strong points of the Desmosedici.

"I am really enjoying the stability I have on braking and how late I am able to brake and how well the bike transfers from off the gas to on the gas," he said. "It is so smooth.

"I am able to run some different lines that normally I would not be able to do.

"It is different, but I am slowly getting my head around everything and really enjoying it a lot, also going quite fast."

Miller also reckons the Ducati turns well, something the majority of the Bologna marque's stable have complained about.

When he was told he is the only one happy with the GP17's turning, Miller jokingly said: "Maybe some of them need to go and ride other bikes."