Pramac Ducati rider Jack Miller wants MotoGP to completely get rid of post-season testing and instead have manufacturers make more use of test riders. 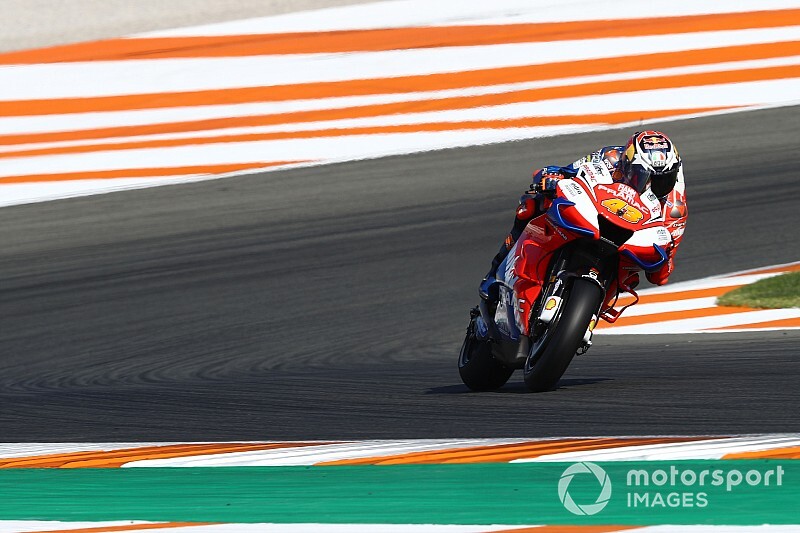 The series will lose the traditional post-Valencia GP test from next year onwards as part of a wider reduction in testing, and will instead head to Jerez the week after the final race.

This means that there will be a bigger gap between the final official test day on 2020 on November 20 and the following year’s first collective test day at Sepang on February 6.

For Miller, however, losing the Valencia test doesn’t make a substantial difference, and he does not believe the championship’s regular-season competitors should be riding at all before the new year once the season has concluded.

“For me they should cancel all the tests as soon as the [final] race is over,” Miller said. “As soon as we're done, let's get out of here and then start up a little bit earlier. You know what I mean?

“Not in January, but do a couple of tests before the season - but, most manufacturers now have test riders, and the race feedback's there, so I don't feel we should have to do too many tests, really.

"We should be focusing more on the racing, and I mean, it puts more job opportunities [out there], an extra sort of thing to work on, that every manufacturer needs a decent test rider. It makes sense to me, I don't know about you guys.

“And then also we actually get a little bit of a break, rather than a month, and not even [that]. By the time you go and switch off the batteries and sort of recharge, you're already starting to travel around the world again, go and do training camps... it's pretty full-on.

“It would be nice to have a little bit of downtime, to not actually have to get on a plane for a few weeks.”

Asked if he felt getting rid of post-season running would be particularly sensible in light of the race calendar’s continued expansion, Miller said: “Exactly. That's what I mean.

"We're getting more and more races, the season's getting longer and longer. They have to do something eventually to say, alright, that's enough, we're riding between this and this day and that's it.”