Miller "not stressed" despite lack of 2020 MotoGP deal progress 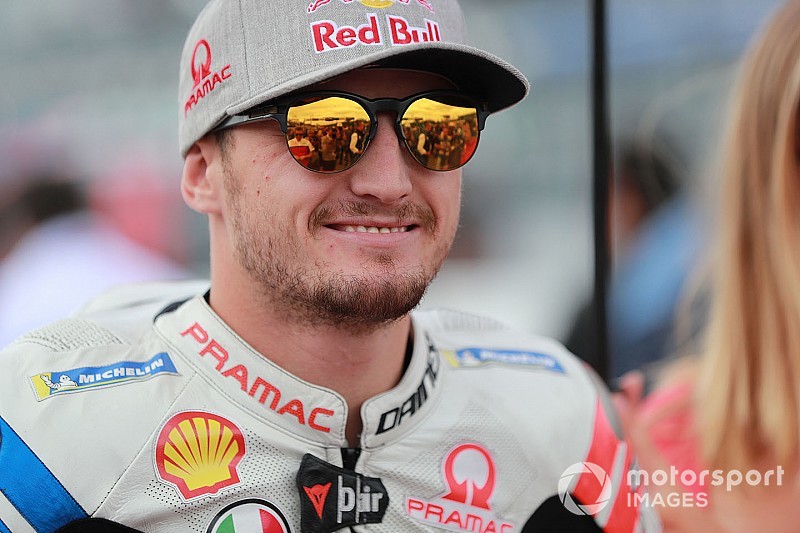 Jack Miller says he and the Pramac MotoGP team have “pretty much shaken hands” on his 2020 deal, but admits its finalisation hasn't progressed since Germany.

Miller was considered for the second works Ducati seat for next year, but was passed over for current rider Danilo Petrucci - whose maiden win at Mugello all but sealed his future.

Miller has previously stated he would only settle for a 2020 bike at Pramac next year – something complicated by teammate Francesco Bagnaia's contract stipulating he also receives works machinery next year.

Speaking ahead of this weekend's Czech Grand Prix, Miller says the final hurdle for him in signing his deal for next year is Pramac securing the budget to field two works bikes – but insists he is not “stressed” about his situation.

“I'm in the same point [as I was in Germany],” he said when asked how his 2020 talks with Pramac had progressed.

“It hasn't changed. I'm in the same point, the team... we're pretty much shaken hands, but the team is still finalising.

“There's a lot going on behind the scenes in terms of his [Bagnaia's] 2020 bike, my 2020 bike. So just organising how they're going to get the budget for that and all that stuff.

“So it just takes time, it's quite a big change in terms of the team and budgets and stuff like that, from the team and also from Ducati.

“So it takes time, but where else am I going to go? I'm not stressed.”

A difficult run of races at Assen and the Sachsenring prompted Andrea Dovizioso to say that Ducati should sacrifice the coming races in order to find a proper fix to its turning issues.

Miller admits the previous two races were a “disaster” for Ducati, but says Dovizioso's comments came after a “tough point”, and is holding off to see how the Czech Grand Prix goes before commenting on the direction the Italian marque should take.

“It was a tough point I think after the last two races – well, three for him, seeing as he got taken out in Barcelona, and then Assen and Sachsenring were both shitty tracks for us,” he added.

“We'll see how well they got this weekend and then we'll see. For me, Barcelona wasn't too bad, but Assen and Sachsenring were complete disasters even though it didn't look too bad at Sachsenring.

“So I'm hoping we can get it back here and be able to ride in our comfort zone and be as fast as we have been in other tracks.”

Yamaha responds to its riders better than Honda - Jarvis