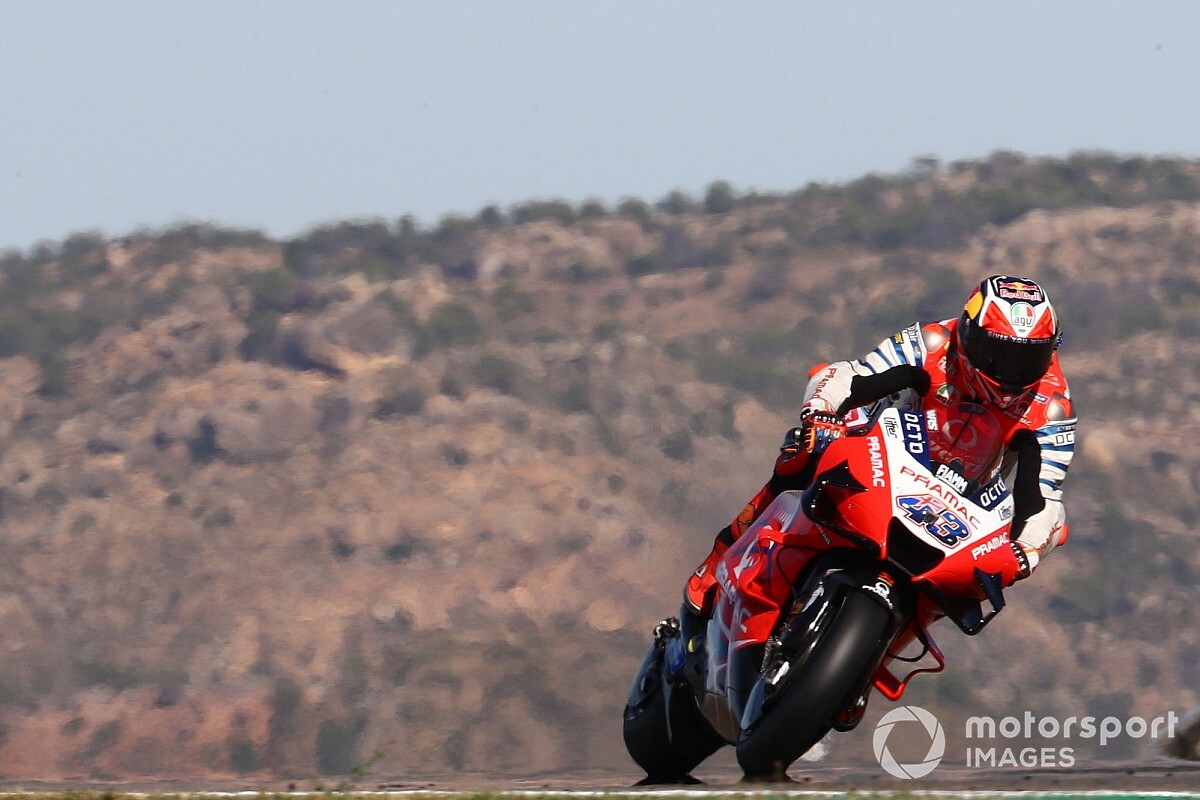 After a number of riders improved lap times in qualifying for the Spanish GP through a yellow flag zone, a rule was introduced from the Andalusian GP to stop this happening by cancelling the sector time for a rider who has gone through an active yellow flag zone.

At the end of Q2 at Aragon last weekend, six riders - including Miller - had their fastest laps cancelled for passing through a yellow flag on their final laps, only for those times to be reinstated later on.

This was put down to miscommunication between the marshals and Race Direction, with the latter's system showing the yellow flag was out for Johann Zarco's Turn 16 crash longer than it actually was.

Miller has been critical of Race Direction for the delay it takes to cancel yellow flag laps in sessions and says its system is "flawed" following last Saturday's incident.

"It just shows the system is flawed, like I said to Race Direction," Miller said about the yellow flag rule.

"Their system is not working, plain and simple. I think it was a stupid rule when it was invented and enforced, and I still think it's a stupid rule now.

"At the end of the day we're racing motorcycles, it's a dangerous sport. For sure, when you see a yellow flag you try and button off.

"But if you think it's in a relatively decent spot, for example in FP3 where you're not really at risk to head towards them, then by all means push.

"I think there should be a rule that says if you crash in the same corner as somebody else and the bike head towards them, like with Marc [Marquez] at Silverstone [in 2013], then a penalty should be enforced because you obviously pushed too much.

"But many of the laps, the crash is not really in a dangerous position, you roll out anyway, you're not taking the maximum risk as you do in the other corners, but still the lap is faster and you get cancelled, which is I think quite stupid."

LCR's Cal Crutchlow, who also had a lap cancelled and the reinstated in Q2 at Aragon, echoed Miller's thoughts and believes the rule is at odds with MotoGP's desire to make FP3 "a qualifying session" to determine the Q1 and Q2 starters.

"The rule is stupid, no matter what anybody says," Crutchlow added.

"Yes, we race motorcycles and we can crash. To an extent, I agree with the rule in one way, but in another way the media and the people at home and the TV, they want the show.

"They want FP3 to be a qualifying session, so if there's a crash every lap in qualifying they get to see nothing because of the yellow flags.

"Every week, the riders are complaining about. Like Remy [Gardner] in Barcelona, he crashed and got docked all his positions.

"Unfortunately, that's the reality of the situation. Now, we all know we can crash."