Suzuki rookie Joan Mir says MotoGP bikes suit him more than the Moto2 machinery he is used to, following his first official outing with the Japanese marque in Valencia testing.

Mir, the 2017 Moto3 champion, was picked up by Suzuki after just a single season in Moto2, which he ended sixth without a victory but with four podiums.

He impressed in the Valencia post-season test - which followed a private outing on the GSX-RR in Motegi - as he was less than a second off the benchmark time in 14th position and just 0.460s slower than teammate Alex Rins.

Mir was adamant that he will not have second thoughts about potentially moving to the premier class too soon, as he feels that MotoGP will suit his riding style more.

"Completely different [bikes]. The MotoGP is a racing bike, the Moto2 was more a road bike," Mir said. "The Moto2 has a strange way to ride the bike, in a different way than normally what is MotoGP or Moto3 or some bike.

"With this bike I can more show how good I am on the brakes, this is my feeling.

"With the Moto2, normally when I was trying to brake hard, this is one of my stronger points, I was going wide and I could not open the throttle and I was struggling a lot with this.

"Was a bit like this and with this bike, looks like it helps. [MotoGP is] more fun, this for sure. For me especially.

"I didn't have any doubts about getting into MotoGP. I don't miss Moto2 at all."

Mir added he was "surprised" to be so competitive so quickly, but felt that he could have gone even faster.

"There is still a margin and I think it could have been a lot better," he said. "We have done everything more intense. There was a moment when we didn't have any more tyres left.

"The temperature was dropping and the team decided not to go out. [The others] lowered the times. On Tuesday I said that I would like to go down a second and I went down a second.

"We have a good pace, which is what I'm happiest with in the test. Surprised to be only the second day and to be in decent times."

Mir says his goal for the Qatar season opener in March is to be 20 seconds behind the race winner, and then gradually cut that gap as the season progresses.

The 21-year-old said: "[My goal in 2019 is] to be competitive. I want to start in Qatar with finishing the race with one difference with respect to first one, maybe 20 seconds. Then start to cut the distance.

"This is my main goal, finish the season being there, I would be really happy." 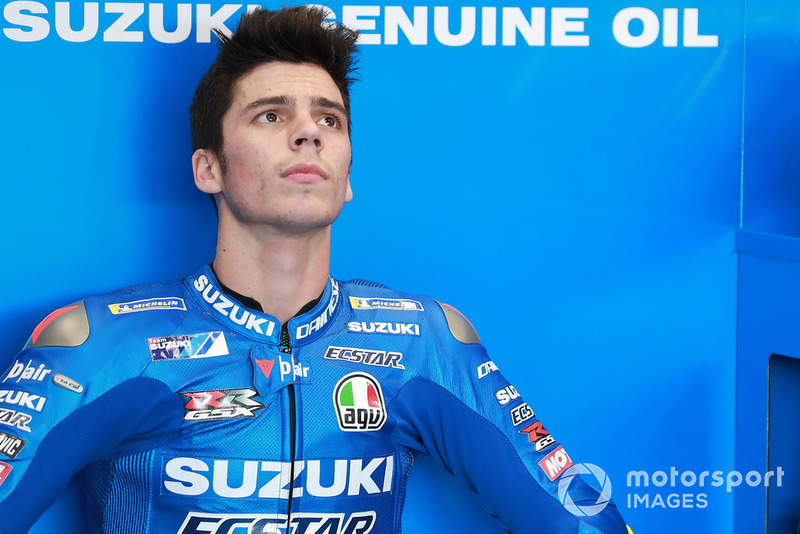