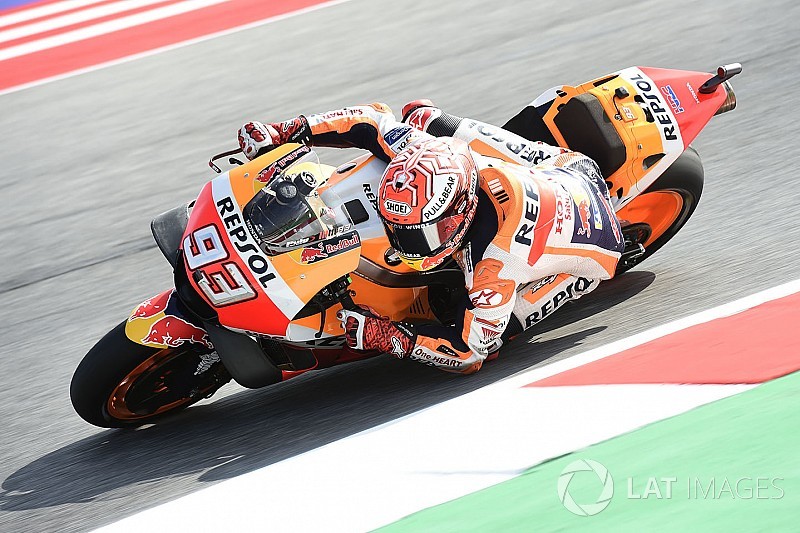 Honda rider Marquez, who only qualified fifth for the Misano event after crashing in Q2 on Saturday, set a best lap of 1m32.526s with three minutes to go in the 20-minute session on Sunday morning.

That was enough to beat the works Ducati of Dovizioso by 0.028s, after the pair spent the latter part of the session trading best times, while poleman Lorenzo was a further tenth-and-a-half behind on the second factory Ducati.

Cal Crutchlow was the only other rider to break the 1m33s barrier aboard the LCR Honda in fourth.

Surprise front row starter Jack Miller was fifth-fastest on the GP17 Pramac Ducati, followed by the second works Honda of Dani Pedrosa and the leading Yamaha of Maverick Vinales.

Valentino Rossi could no better than 11th on the second works M1, 0.978s adrift of Marquez's benchmark, ending up behind Suzuki pair Andrea Iannone and Alex Rins as well as Alvaro Bautista's Nieto Ducati.

Misano MotoGP - the race as it happened