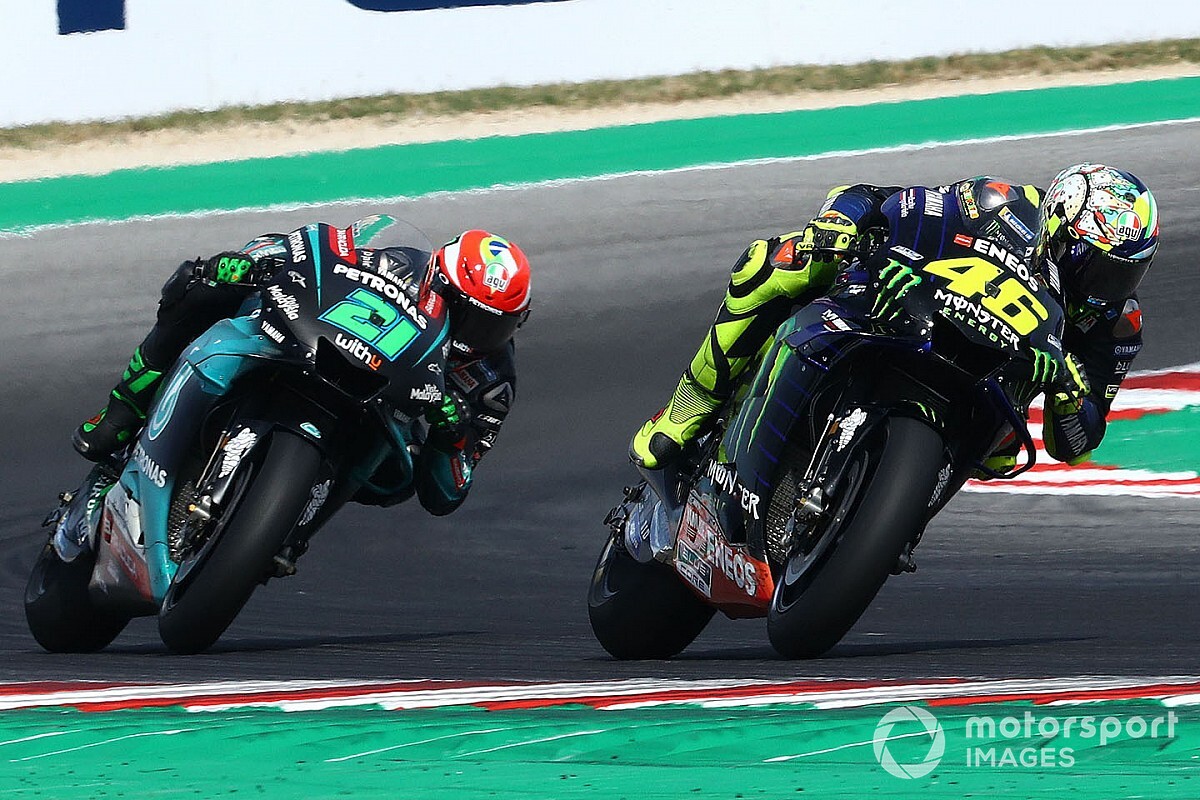 Franco Morbidelli says his maiden MotoGP podium in the Czech Grand Prix is “mostly because of” his mentor Valentino Rossi, who he says is “like a big brother” to him.

Morbidelli led for the first 12 laps of Sunday’s Brno race on his Petronas Yamaha, before ultimately taking his first podium in second after eventual race winner Brad Binder passed him on the 13th tour.

Morbidelli made his MotoGP debut in 2018 as the reigning Moto2 world champion, becoming the first rider from the VR46 Academy to make the step to the premier class.

The Italian’s route to MotoGP was unconventional, having stepped to Moto2 from the European Superstock 600 series.

Commenting on the role Rossi played in his Brno podium, Morbidelli said: “I am here mostly because of him, because he believed in me when I was a nobody.

“So, I know it’s a bit of a strange situation because we race one against the other, but finally when the race is over we are... he is a great friend of mine. He’s like a big uncle to me, even more, he’s like a big brother.

“So after the race I just wanted to hug him, I wanted to hug all the academy riders, [Andrea] Migno, [Celestino] Vietti and [Marco] Bezzecchi, they were there. It was a great moment.”

Rossi – who was fifth in the Brno race – expressed his pride in Morbidelli’s podium, and says he “deserves it” having been so strong from the winter tests to now.

“We are very proud of Franco, he did a great race after a great weekend,” Rossi said when asked by Motorsport.com for his thoughts on Morbidelli’s podium.

“He was always very fast, very strong. He deserves the podium because this year already from the winter tests he was very strong.

“We are very proud of Franco and all the riders of the Academy. I think we do a very good job, because we helped them to find a good team, a good bike, so not just managing and training.

“It’s very difficult, because Franco, Pecco [Bagnaia]… in MotoGP, there’s not a lot of good bikes. But we were able to put them in good teams with good bikes and I think they can demonstrate their value.