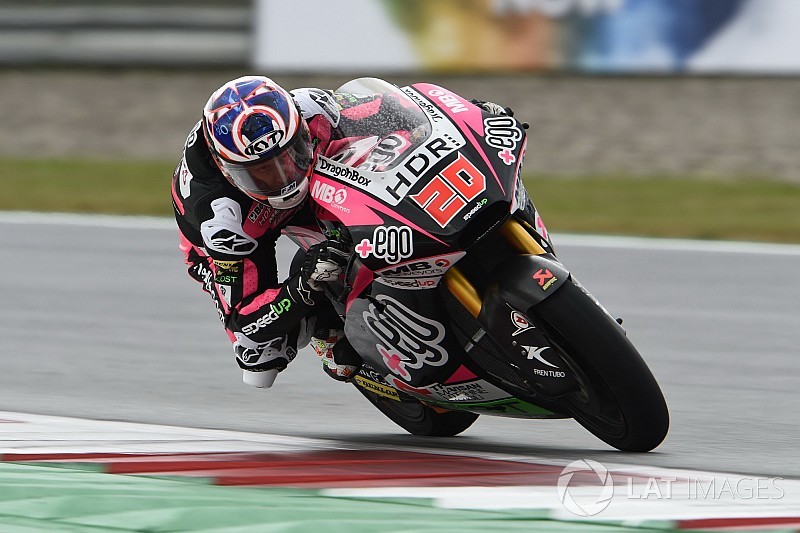 Morbidelli moves across from the Marc VDS Honda squad, whose participation in MotoGP beyond 2018 is in serious doubt, while Quartararo will step up to the premier class after two seasons in Moto2.

Both will ride satellite Yamaha M1s, as SIC takes over from Tech 3 – which switches to KTM machinery in 2019 – as the Japanese marque’s sole satellite operation.

The seat had been earmarked for Jorge Lorenzo until the Ducati rider’s shock switch to Honda, and then for Dani Pedrosa until he opted to retire at the end of the year.

Morbidelli’s ties to Yamaha, via mentor Valentino Rossi, meant he was always highly likely to join the SIC squad in 2019, although the finalisation of his deal has been delayed by complications arising from his existing Marc VDS contract.

“They [SIC] have chosen to go for Morbidelli who is a rider who is very interesting for us, because he is a world champion,” Jarvis told MotoGP.com during the Austrian Grand Prix weekend.

“He is a [Rossi] academy rider, he definitely has talent, I think he'll do better on the M1 than he is doing this year on the Honda. So in the case of Franco there was no doubt at all at the beginning.

“In the case of Quartararo, he is the rider, let's say, that will be a rookie but I think he's young, he's 19 years old, but he's definitely talented.

“He lost his way perhaps for a year or two but he's showing promise again this year and I think he could be one of the very, very good riders for the future.

“And I think the case of [Hafizh] Syahrin has shown that sometimes you can take a choice and if the guy's got talent, and he's brought in without expectation, they can deliver. So we're quite comfortable with the choice.”

SIC will carry sponsorship from Malaysian oil giant Petronas, with that deal poised to be formally announced in a team launch set to take place next week at Silverstone.

The confirmation of SIC’s line-up leaves only a few seats on the ’19 grid to be confirmed.

Honda has yet to announce Takaaki Nakagami will stay on at LCR for a second season, although this is deemed a formality, while Avintia Ducati’s line-up is also not yet fixed.

It’s anticipated Xavier Simeon will lose his ride alongside Tito Rabat, with well-financed Nieto rider Karel Abraham emerging as the favourite to replace the Belgian.