Morbidelli: Having same bike as Rossi will help us both

Franco Morbidelli believes that riding a similar specification of Yamaha in the 2019 MotoGP season as his mentor Valentino Rossi will be beneficial for both riders.

Morbidelli, the 2017 Moto2 champion and 2018's top MotoGP rookie with the Marc VDS team, has joined the newly-formed Petronas SRT team for this season.

That will allow sharing of information among the riders which can be helpful, according to Morbidelli, who added that it also gives him extra motivation.

"It helps us both," said the 24-year-old during Monday's Petronas SRT season launch. "Much more help for me than him, but we can share information, we can share impressions and it is useful for me and for him.

"Of course it is a motivation as well to ride his same bike and to try to make perfect job, try to beat him and everyone else on track. It is our aim and it is what we are trying to do."

Morbidelli impressed during his first outings with the Yamaha in winter testing, taking sixth at both Valencia and Jerez.

He praised the M1 for being user-friendly, adding that he always feels he can do more with the bike.

"With Yamaha you always have the feeling of having a margin," said Morbidelli. "Even when you put on a new tyre you think you could have squeezed a little more.

"The point I want to get to is to put in the new tyre and know that I've given everything.

"It's a very sweet bike, and when you put in new rubber and you feel the grip, it's incredible how good it feels." 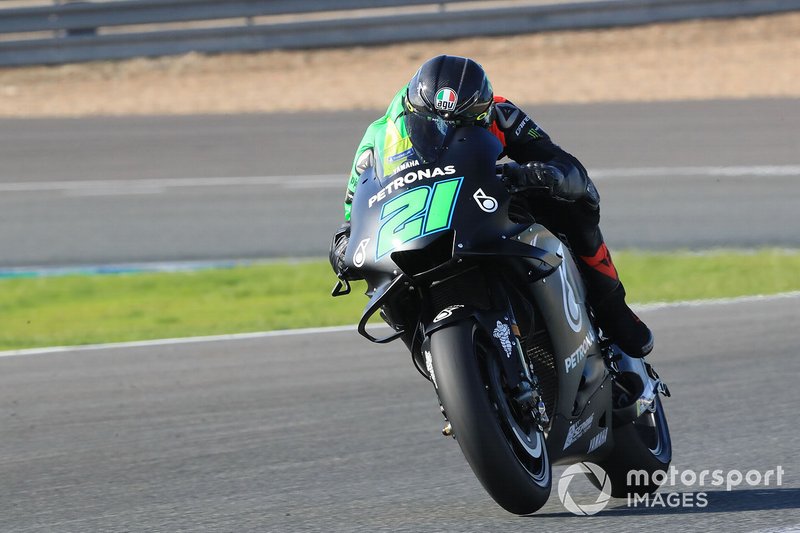 Quartararo not worried about repeat of 2020 Aragon MotoGP misery