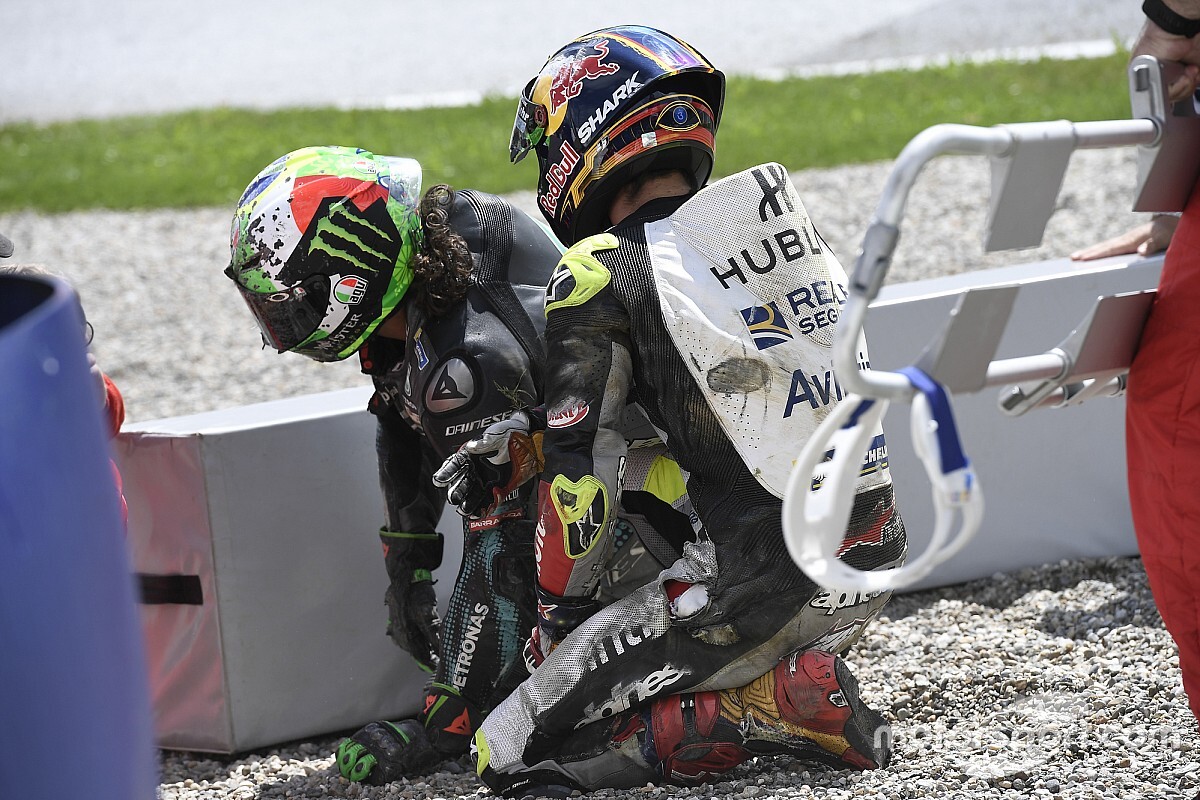 The Petronas SRT rider clipped the back of Zarco’s Avintia Ducati as they both headed through the fast Turn 2 kink under braking for Turn 3 last Sunday, with both sent into the gravel at frightening speeds.

Zarco’s bike almost struck Maverick Vinales up at Turn 3 as it vaulted the air fence, while Morbidelli’s bike narrowly avoided both Vinales and Valentino Rossi as it slid across the track. Morbidelli escaped with just scrapes and bruises, while Zarco fractured his wrist and will sit out Friday’s running for the Styrian GP before undergoing a fitness test on Friday afternoon. 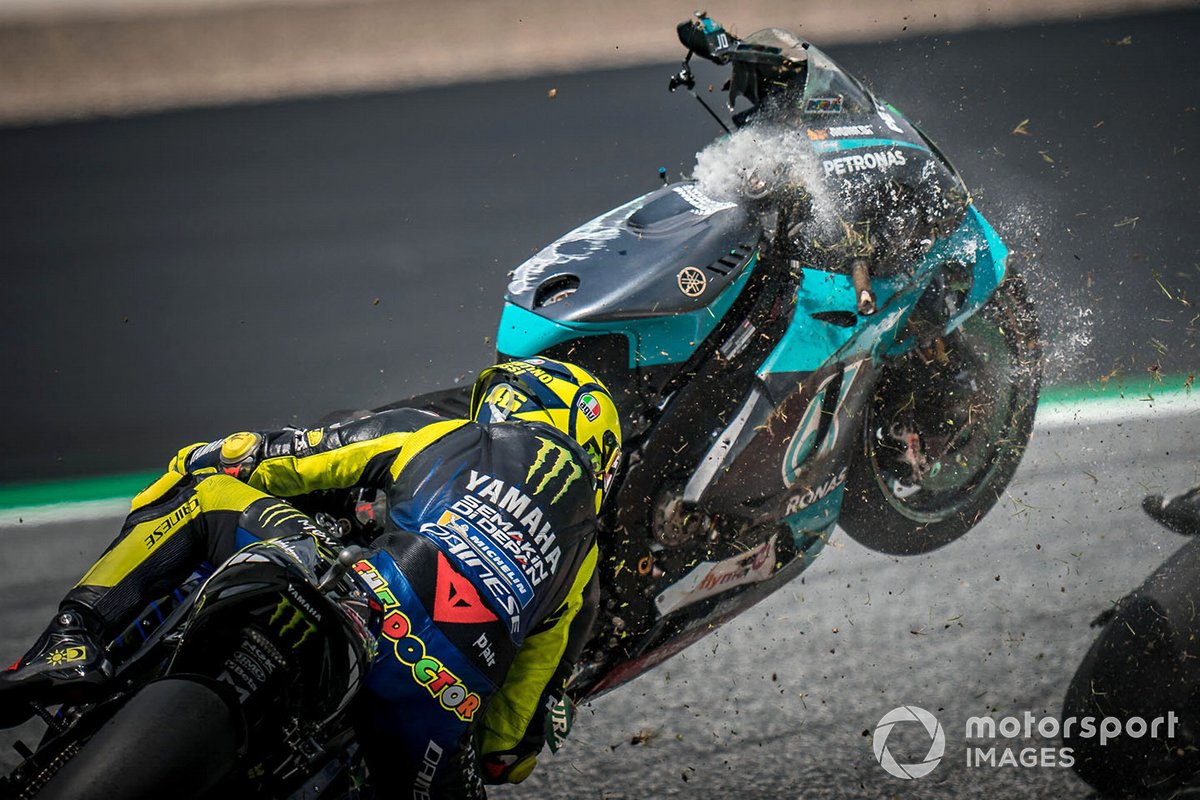 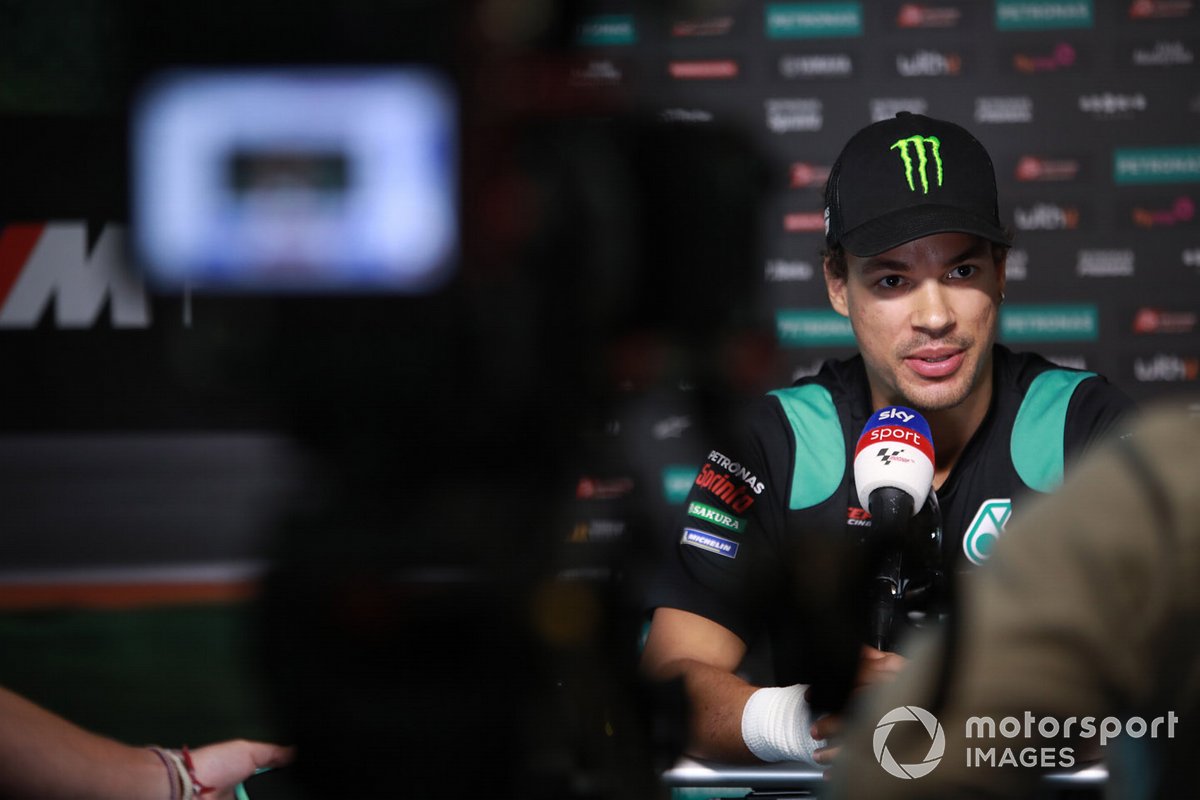 Both Morbidelli and Zarco attended a hearing with FIM Race Direction to discuss the incident, and while a verdict is still forthcoming, Morbidelli doesn’t think the Avintia rider will go unpunished.

“I will have to see,” Morbidelli replied when asked if he would be disappointed to see Zarco not get a penalty. “I don’t think they are going to not penalise him.”

Morbidelli says the images from the accident “speak for themself” and still believes Zarco’s intent was to deliberately cover the line under braking to stop the Italian coming through.

“Clearly Johann took a funny line, a line that nobody has been going on, not even once in the weekend,” he added. “[It was] a super-tight line into Turn 3 just to cut ground to overtake me. So I think that the aim was to cut ground to overtake, and then the braking we [would] think about it later. The problem is, when he cut the ground he didn’t overtake me completely and he still went wide after the corner and we couldn’t avoid the collision.

“I couldn’t avoid the collision because I couldn’t go any further on the right because there was no space to go inside and I couldn’t go outside because I would have ended up on the grass.”

Zarco’s Avintia team last Sunday said in a press release that the Frenchman braked later than he did the previous lap, which it believe proved his innocence – though Morbidelli disagrees.

“When we collide, we are braking, since some time,” he said. “From the moment I touch Johann, I’m braking from 50-metres , so it’s [at] 50-metres I am braking. The problem is Johann is changing is line in a super-unnatural way, leaving me no space while braking.

Morbidelli called Zarco a “half killer” after the incident last Sunday, but conceded that his words were “too strong” and apologised for this.

“I am sorry about what I called Johann after the race,” he said. “It was too strong a statement. It remains the fact that Johann made a mistake.

“It remains the fact that Johann’s mistake, or Johann’s action could have ended way worse than how it ended. But it is still a mistake. I don’t know his feelings, I’m not in his head and I cannot judge what is going through his mind.

“I can just judge his actions.”