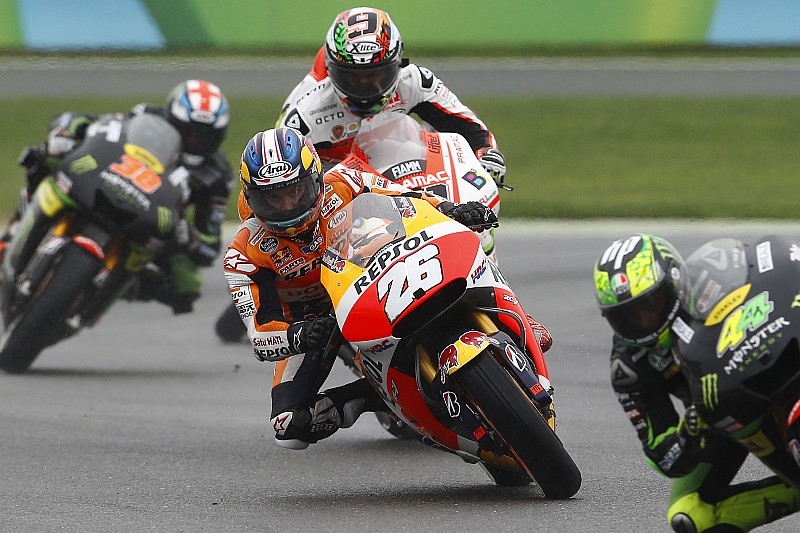 Heavy rain delayed the start of MotoGP raceday at Motegi in Japan, with only a relaxing of the series’ medical helicopter directives allowing for action to take place this morning.

With low cloud precluding any helicopters taking off at Motegi, the medical director and chief medical officer agreed that the 50-minute road transfer would be sufficiently safe, combined with an improvement in on-site facilities. The decision was approved by the FIM.

That allowed the 20-minute MotoGP warm-up session to take place.

Ducati’s Andrea Iannone set the early pace on 1m59.281s, despite wearing a heavily-tinted visor in the gloomy conditions. His teammate Andrea Dovizioso took over P1 on 1m58.383s

Scott Redding ploughed into the gravel in the only real incident of the session, despite the tricky conditions.

Rossi admits he was “lucky” to pick up Lorenzo’s tow