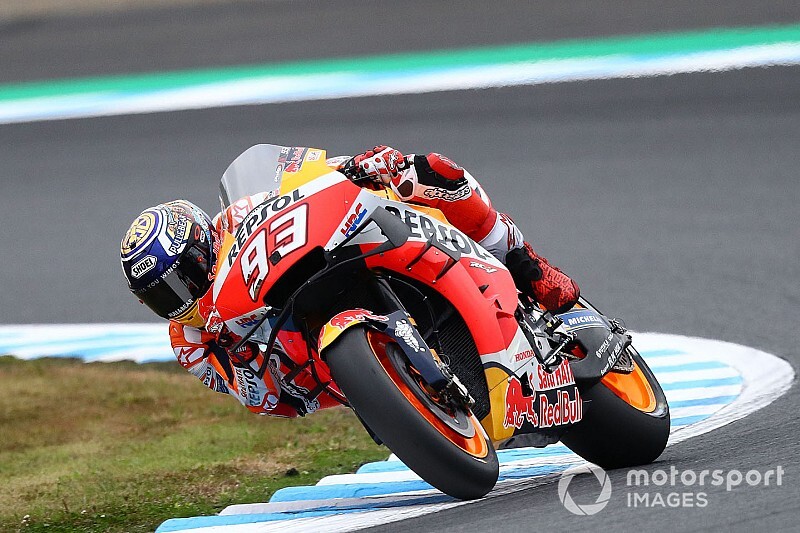 Marquez was the only rider to break into the 1m45s bracket during the 20-minute session under sunny skies, setting a best time of 1m45.816s on his Repsol Honda.

Petronas Yamaha man Quartararo was his nearest rival, 0.220s behind, while Suzuki's Alex Rins was a similar margin behind in third.

Franco Morbidelli followed his up his strong run to the second-fastest time in qualifying on Saturday by placing the second of the Petronas bikes fourth, ahead of works Yamaha pair Maverick Vinales and Valentino Rossi.

Andrea Dovizioso was best of the Ducatis in seventh ahead of LCR Honda's Cal Crutchlow, the second Suzuki of Joan Mir and Aprilia's Andrea Iannone.

Jorge Lorenzo was 18th-fastest and 1.7s off the pace of Honda teammate Marquez.

Avintia Ducati rider Tito Rabat did not take part in the session, having also skipped qualifying, and formally withdrew from the weekend shortly after.