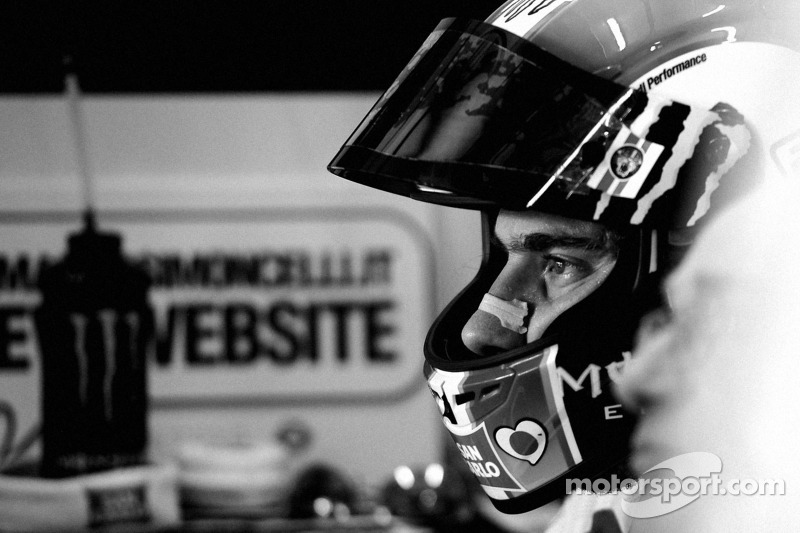 The news of the 24-year-old’s passing immediately sent shockwaves around the world.

Marco Simoncelli arrived in Sepang last week still buoyant after his best ever finish in his short but eventful MotoGP career of second place at the Australian GP in Philip Island. But the motorsports world has cruelly been robbed of another bright star when Simoncelli was fatally injured in Sunday’s Shell Advance Malaysian Grand Prix.

The news of the 24-year-old’s passing immediately sent shockwaves around the world as the details slowly came through about the incident involving the San Carlo Honda Gresini rider along with American Colin Edwards and Italian MotoGP legend, and close friend of Marco’s, Valentino Rossi. ‘Super Sic’ as he was fondly known, was pronounced dead at 4:56pm (Malaysia time) on October 24, 2011 despite the best efforts of the series and track medical staff.

The MotoGP paddock was embraced in grief and as the news of Simoncelli’s death was reported to the individual teams, tributes immediately began to pour out to the tragic rider’s parents Paolo and Rossella Simoncelli who were both present at the circuit.

So strong on track and so sweet in the normal life.

Since entering the premier class of motorcycle grand prix racing, Simoncelli was as fast as he was flamboyant and seemed on the verge of his first MotoGP victory while looking forward to another year in the premier class with the Gresini squad. Racing alongside MotoGP greats like his good friend Rossi was what Simoncelli dreamed of. Rossi released a short statement later that day simply saying, “Sic for me was like a youngest brother. So strong on track and so sweet in the normal life. I will miss him a lot.”

During this period Simoncelli raced against a number of riders who were on track with him when he crashed yesterday. Andrea Dovizioso battled with Simoncelli many times in his teens and into the 125cc and 250cc Championships and was utterly shocked by the news. "In these circumstances, words don’t seem to be appropriate. I think of Marco’s family and all the people dear to him, in particular his father and mother. I also have a child and what happened today is the hardest situation you can imagine. I watched the images and I’m shocked: in a race you fight and push hard and disaster is often around the corner. 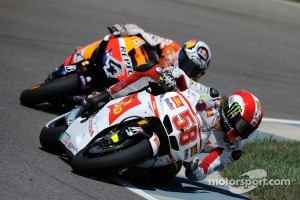 “Marco was a strong rider and he always pushed hard. We raced together since we were kids, I saw him always pushing to the maximum, he crashed many times, but without major injuries, he was seemed invincible. What happened today seems impossible,” Dovizioso added sadly.

Jorge Lorenzo, Yamaha Factory Racing rider and 2010 MotoGP Champion also paid tribute to Simoncelli who he battled with many times. "I don't know what to say on a day like this. I only know that we will miss you. Rest in peace Marco."

2011 World Supersport Champion Chaz Davies partnered Simoncelli and was very sad to have lost the Italian. "RIP Marco. Our sport has lost a great rider and all round great guy. My thoughts are with his family. I was fortunate enough to be teammate to Marco in 2002. He was a genuinely fun guy and taught me my first unrepeatable Italian!” Davies said.

His first year in MotoGP saw Simoncelli fast from the first time he threw his leg over the RC212V but a large number of crashes dented his finishes and saw him finishing the championship in eighth overall. This year Simoncelli started where he left off in 2010 but within a number of races he had calmed his riding style down and before his death, he was right on the tails of the top factory riders.

HRC Executive Vice President spoke about his relationship with Super Sic since joining the satellite Gresini squad. "I just don't know what to say, words escape me. Marco was a very nice guy and a very talented rider. Sometimes I was a little harsh with him, for example after his first MotoGP podium in Brno when I told him: "Lucky podium!" and he was so angry... but I wanted to motivate him, as I knew he was able to do even more. I was thinking that when he won his first race we would have been able to celebrate together... Now I just want to say thank you to Marco, for what you gave me and pass my sincere condolences to his family and this very sad time,” he said.

Dani Pedrosa was likewise shocked and said a fatal accident like Simoncelli’s reminds everyone of how dangerous the sport can be. "In a tragedy like this there is not much to say. I just want to give my condolences to his family and all the people who love him. I've been with his father and all we could do was to hug, nothing else matters. It was a fatal accident and everybody in the paddock remains in shock. Many times we ourselves forget how dangerous this sport can be and when you lose people on the way nothing has any meaning. It's clear that we all do what we like, what we love, but on days like today nothing matters,” he said. 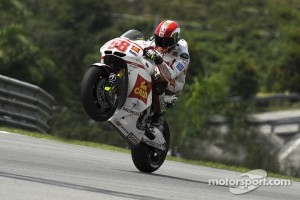 Newly-crowned Champion Stoner said he was sickened and saddened at the same time, "I'm so shocked and saddened by the loss of Marco. When things like this happen it reminds you how precious life is, it makes me feel sick inside. All I can say is how sorry I am for Marco's whole family I can't imagine what they are all going through and our thoughts and wishes are with them at this time. I hope they all stay close and pull through this tragedy together,” he said.

Taka Horio, General Manager of the Bridgestone Motorsport Department said, “Today we are left devastated. Our thoughts and prayers are with Marco’s family at this terrible, terrible time, and with his team. We remember fondly the tenacity and spirit with which he raced, and he will be sorely, sorely missed.”

Tributes continue to pour in from all parts of the world and from the wider motorsports community. Nicky Hayden, Ducati Marlboro MotoGP rider said, "Sometimes life just don't make sense. RIP #58, you were a star on and off track. We are all going to miss you." 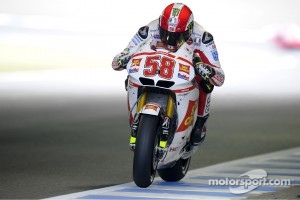 Colin Edwards’ teammate Cal Crutchlow said, "RIP Marco Simoncelli! A great rider and all round nice guy. My thoughts are with all his family and friends. I will never forget today,” while Crutchlow’s team issued a statement saying, “The Monster Yamaha Tech 3 Team and Tech 3 Racing Moto2 team extends its deepest condolences to the family, friends, and colleagues of Marco Simoncelli, who succumbed to injuries he received in this afternoon's Malaysian Grand Prix. Thoughts and prayers are with Simoncelli and the Gresini Honda family. RIP Super Sic - A much-loved star on and off the track.”

The whole MotoGP paddock has sent its heartfelt messages to Simoncelli’s team, family and friends while Paul Butler the IRTA representative and Race Director sadly said at a press conference shortly after Simoncelli’s death, “Our sympathies go to his family and we want to show every respect possible to Marco,” Mr Butler said while adding that the circumstances surrounding the incident will be ‘thoroughly investigated.’ 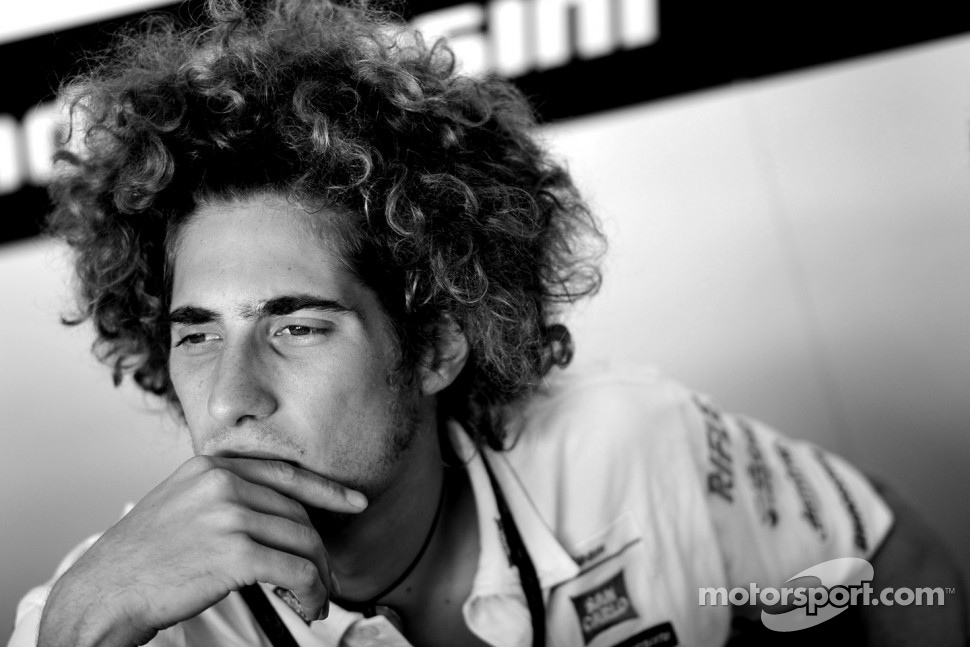 Statements on the passing of Marco Simoncelli

Is Sochi the most affordable race to see on the F1 calendar?

Is Sochi the most affordable race to see on the F1 calendar?