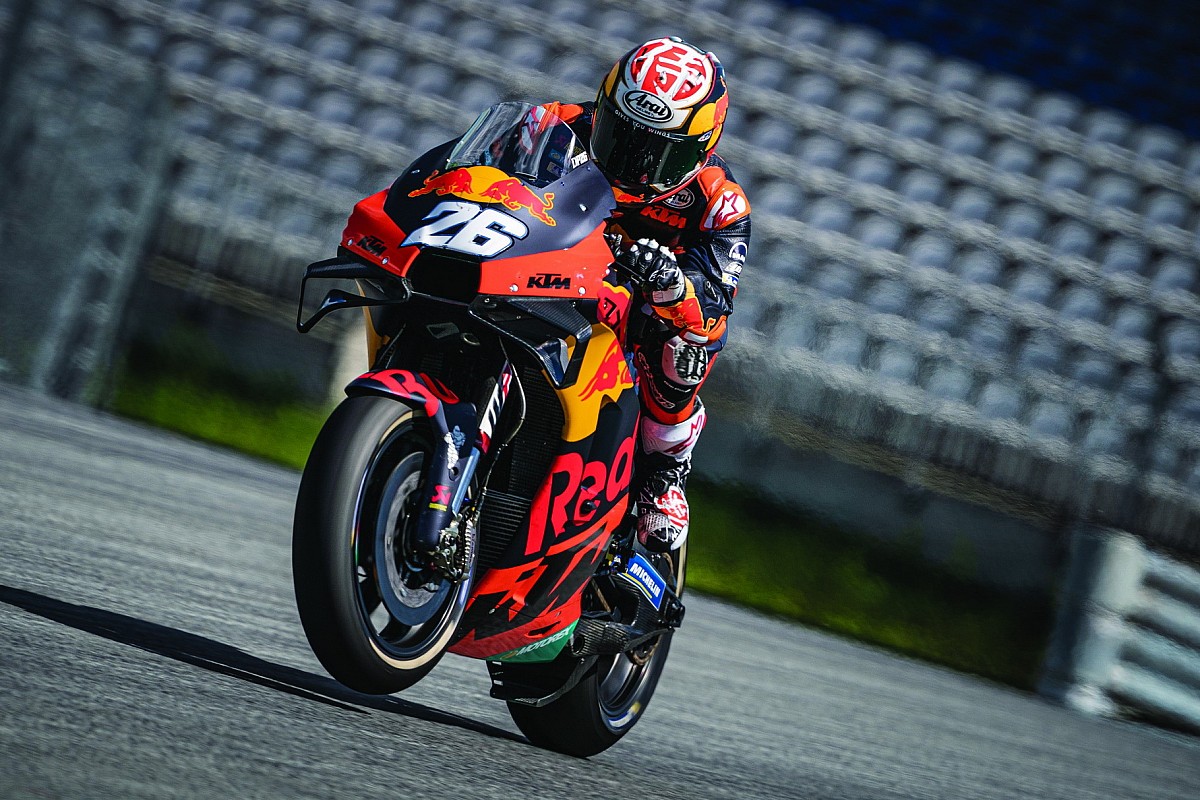 KTM broke the silence of the coronavirus-forced shutdown on MotoGP by completing a two-day private test at Austrian Grand Prix venue the Red Bull Ring this week.

MotoGP has been on enforced shutdown since the beginning of March, after the COVID-19 crisis forced the opening race in Qatar to be cancelled and subsequent 10 events to be scrubbed from the schedule.

Plans are in place to begin the season on July 19 at Jerez with the first of two races in a week at the Spanish GP venue.

With lockdown restrictions easing across Austria, KTM took the opportunity to run Pol Espargaro and test rider Dani Pedrosa on Wednesday and Thursday with a crew of 20, who all tested negatively for COVID-19.

Rookie Brad Binder was unable to attend due to travel restrictions in his native South Africa.

Commenting on the test, Espargaro said: “I don’t think I have ever been so long without a bike – especially one for competition – so it was a little bit difficult in the first few runs yesterday but I was quickly up to the kind of rhythm I was setting in Qatar.

“It was great to get back in action and I think we all felt that: there were a lot of smiling faces in the box. Technically we made some improvements. The first priority was to get our feeling back with the bike but we also brought quite a lot to test and this was interesting.

“The good weather meant we could play with a lot on the bike and we improved mostly with the chassis but also some electronics. I’m really happy. Now just to look forward to the first race.”

KTM’s test marked the first time any MotoGP bikes have been on track since the Qatar test at the end of February. As it is a concession manufacturer, KTM is permitted to carry out private testing with its race riders.

Aprilia is expected to do something similar in the coming weeks on the run up to the intended opening round of the season in July.

Ahead of the first race, an official test for all teams will be staged on the Wednesday prior to the weekend. KTM intends to carry out one further private test before July.